Tesla Cybertruck to Start Production at Giga Texas in 2023 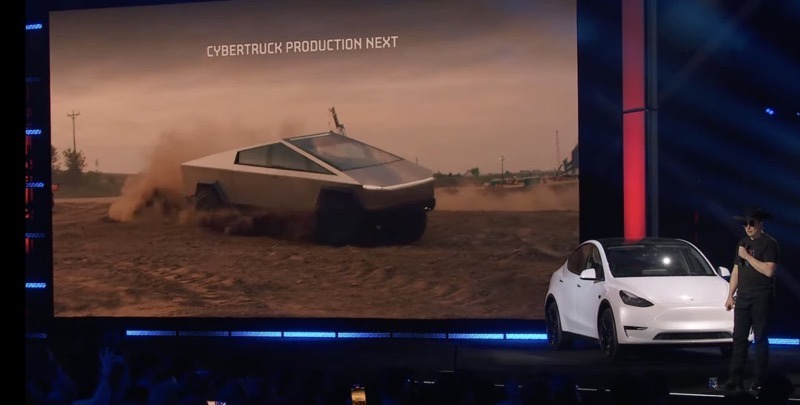 During Elon Musk’s presentation at Tesla’s Cyber Rodeo event, he said Tesla would manufacture the Cybertruck next at Giga Texas, starting in 2023.

Musk said Cybertruck “always looks like CGI in real life,” adding “can’t wait to have this baby in production, it’s going to be epic.”

After the first made in Texas Model Y deliveries drove across the stage, Tesla’s lead designer Franz von Holzen followed by driving the Cybertruck onto the stage.

Von Holzen joked with Musk about whether he should try “smashing” the truck’s windows again, referring to the infamous window failure demo when the Cybertruck was first announced back in November 2019.

The lead Tesla designer said Cybertruck is “awesome” and “worth the wait”. 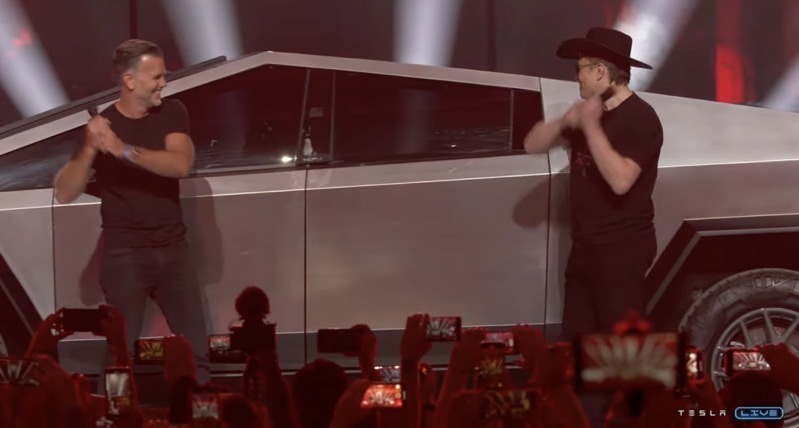 Musk added Cybertruck has “no handles…who needs handles?”, noting the car’s doors will open on their own. “We’re going to have an incredible Cybertruck product for you next year…it’s gonna blow your mind,” said Musk.

Von Holzen then added, “there is no other truck. Everything else pales in comparison. This is the only one you need.”

Musk closed out by apologizing for the delay, adding it’s been a busy few years. He also teased “there’s also some cool stuff we haven’t even talked about.”

“Here at Tesla, we believe in throwing great parties. So let’s get this party started. Have a fantastic time tonight. I love you guys!” concluded Musk.