Tonight was Tesla’s Cyber Rodeo event at its newest Gigafactory in Austin, Texas.

Tesla threw an incredible event for invite-only participants, offering them a self-led tour of the factory, then CEO Elon Musk joined the stage after 9pm local time to share details about Tesla’s past, present and future.

Later in the talk by Musk, he announced made in Texas deliveries would begin now, confirming a previous report where new owners said their deliveries were set to take place at the Austin Gigafactory. A stream of Model Y vehicles drove on stage and right past, in colours black, blue and white. 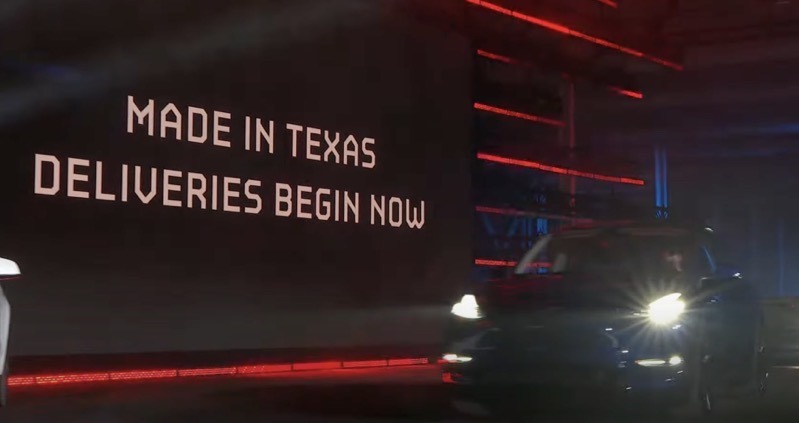 Tesla said it plans to make 500,000 Model Y vehicles at Giga Texas, where the company is also making its new 4680 battery cells.

Earlier today, a new Model Y Standard Dual Motor version of the car was on display, likely confirming a new entry version of the vehicle is slated to come.

Tesla Model Y units in the company’s new “Quicksilver” color have started making their way to showrooms across Europe, just a few weeks after the first units with the new paint option were spotted outside Gigafactory Berlin-Brandenburg. Electric vehicle (EV) enthusiast Lasse Edvardsen (@nasalahe) on Saturday shared images of a Quicksilver Model Y Performance on […]
Nehal Malik
16 hours ago

Tesla has debuted a 2023 Model Y All-Wheel Drive, in existing inventory for immediate purchase in select states. Currently, Tesla’s website no longer offers the Standard Range for purchase, as only Long Range (delivering Dec 2022 to March 2023) and Performance are available. The Standard Range Model Y AWD was made at Gigafactory Texas with […]
Sarah Lee-Jones
19 hours ago