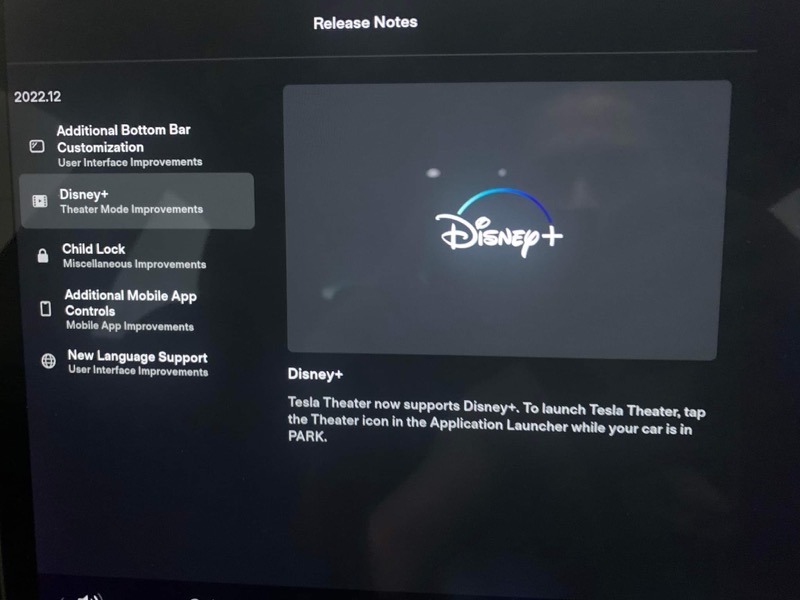 Tesla has started rolling out its 2022.12 software update and according to new images shared by @techAU, we have a glimpse of the release notes.

Many have criticized the new V11 bottom bar layout for icons and Tesla appears to have made some improvements based on feedback. We’ll post updates once we find out what’s new here. We’d like to see more options for icons to stay put in the bottom bar, beyond the handful of favorites.

@techAU says these screenshots were not on their car, but likely shared by a reader of the site. We’ve reached out to confirm.

As for Disney+, it looks to have expanded outside of the U.S. for the first time. A second image shared by @techAU shows the Disney+ sign-in screen in a Tesla, showing Australian pricing at $11.99/month or $119.99 per year.

It’s worth pointing out that Disney+ in Canada also is priced locally at $11.99/month and $119.99/year, so there may be a chance the expansion could also hit the ‘Great White North’. 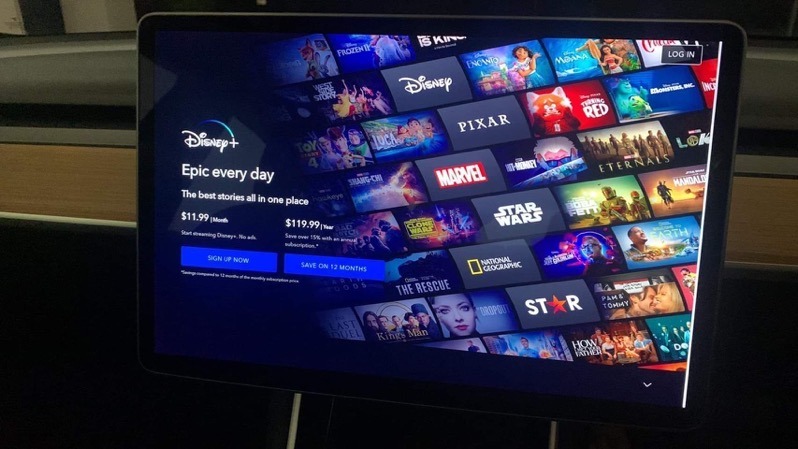 We’ll update this post accordingly once we have more details on Tesla’s 2022.12 update.

Tesla continues to keep its vehicles up to date with software improvements. With Elon Musk joining the board of Twitter and also now becoming the largest shareholder of the company, it may be just a matter of time before we see the social media application make its way into a Tesla, right?

Tesla has increased delivery wait times for all models except the entry-level Model Y in China to 4-8 weeks — reports CnEVPost. The move is in stark contrast with delivery timeline changes made by Tesla in recent weeks, which cut wait times down significantly. For some models, Tesla managed to bring delivery times down to […]
Nehal Malik
10 hours ago

If you’re planning to finance your next Tesla purchase in the United States, rates have increased to kick off the fourth quarter. As noted by Waiting4Tesla.com (@w4tsla), financing rates for Model S/X and Model 3/Y on the Tesla website in the U.S. have increased 0.25%, now showing as 4.74% (previously 4.49%). Tesla partners with major […]
Sarah Lee-Jones
14 hours ago