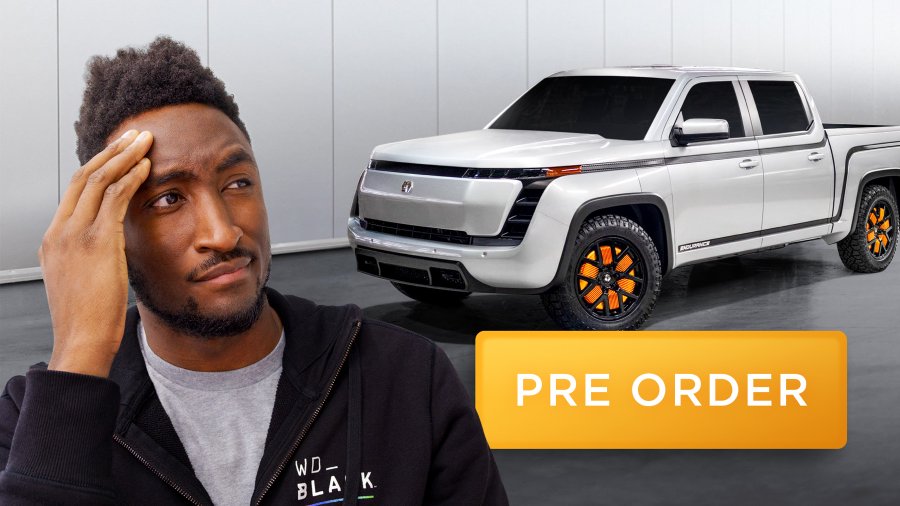 The news comes amidst incredibly high demand for EVs, causing customers to have to wait for many months at a time after pre-ordering their vehicles.

Brownlee explains how high levels of pre-orders let automakers gain even more investors prior to delivering their vehicles.

MKBHD breaks down how many automakers are getting stuck on the last two steps of delivering vehicles after taking other several steps to produce prototypes and raise capital in the meantime.

In other words, some electric vehicle startups are becoming vaporware–products that never turn into a real product, aside from flashy prototypes to drive hype.

In one example, Brownlee details his experience with EV startup Faraday Future, after he saw the latter’s prototype five years ago in 2017.

Following his opportunity to test the Faraday Future vehicle, Brownlee says the company has been stuck in the “raising capital” phase ever since, without ever actually delivering the vehicles. Interested parties can still pre-order the company’s vehicles with a deposit of $1,500, despite no promises of when an actual car will ever be made or delivered.

Despite the company being worth around $2 billion at this point, there are still no delivery plans in place — leaving Brownlee questioning if the company will ever reach that step.

Demand for EVs is super high right now as the auto industry moves away from internal combustion engines (ICEs), with Tesla Model X orders seeing delivery wait times as far out as October per a report from last November, as another example.

As Tesla CEO Elon Musk has continued to reiterate, “prototypes are easy, production is hard.”

Prototypes are easy, production is hard

You can see Brownlee’s full discussion of pre-ordering in the modern EV era below: