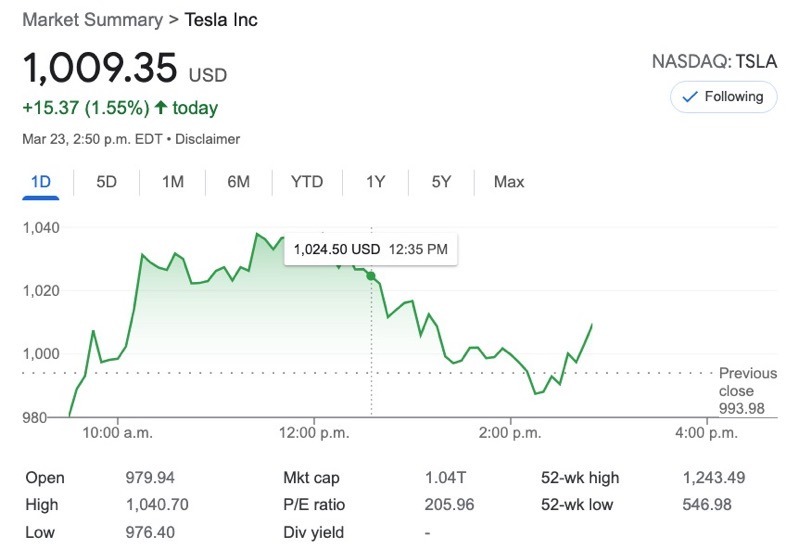 Tesla’s market cap has again entered the 1 trillion market cap territory, as the stock’s trajectory continues its upward swing over the past week.

Shares of Tesla have gained about 20% over the past five days and 31% over the past month, currently trading at $1005 per share as of writing. Tesla’s market cap now stands at $1.04 trillion.

The stock’s climb comes amid yesterday’s grand opening of Tesla’s Giga Berlin factory in Germany, while the first week of April will see its new Gigafactory in Austin, Texas open as well.

That has Trip asking if $TSLA can rise another 10x." pic.twitter.com/p44wEgTtHR

Earlier this month, Wedbush analyst Daniel Ives said he sees Giga Berlin “as a major competitive advantage for Tesla to further build out its supply footprint in this key region.”

NASA Picks SpaceX Starship for Another Mission to the Moon