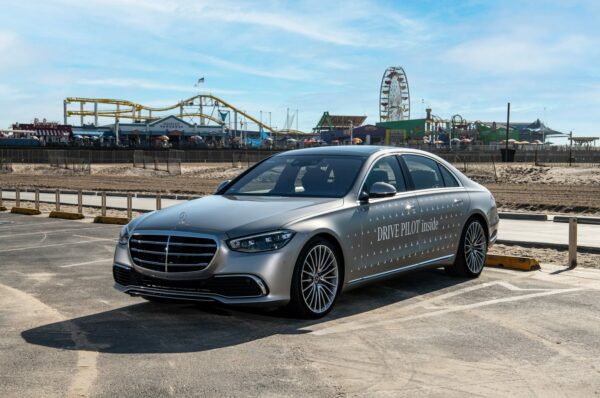 Mercedes announced plans to launch a Level 3 self-driving system in the U.S., and one publication has already detailed its experience with the automated program.

First looks at the Mercedes-Benz S-Class Drive Pilot surfaced over the weekend, as reported on Sunday by CNET.

The system offers a Level 3 of driving automation and will be made available in the U.S. later this year.

For context, Tesla’s Full Self-Driving (FSD) beta is at a Level 2 of automation, with Level 3 representing a move away from driver monitoring for certain lengths of time.

The system works on pre-approved highway locations and can only reach speeds of up to 40 mph, for now.

While the system allows for hands-off, disengaged self-driving, any touching of the pedal, brakes, or turn signals will disengage the system, meant to be left completely alone while driving.

The system marks a step forward compared to other self-driving programs like Tesla’s FSD, Ford’s BlueCruise and General Motors’ Super Cruise, each of which requires full driver engagement consistent with Level 2 automation.

The Roadshow team noted that the Drive Pilot was smoother than most Level 2 system, and it lets users take their eyes off the road to watch media on the central touchscreen — though users in California still can’t scroll social media on their phones, legally speaking.

Check out some other media previews of Drive Pilot in L.A. below:

Automaker Stellantis is also planning to unveil a Level 3 self-driving system for BMW by 2024, with plans to reach Levels 4 and 5 with Waymo.