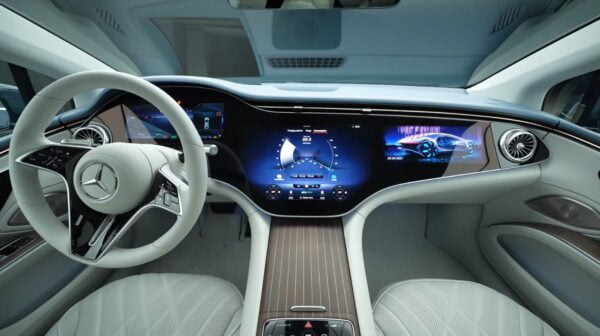 Mercedes-Benz is hoping to join the ranks of Honda and BMW in seeking out Level 3 self-driving, with the automaker expecting to unveil the system as soon as this year.

Mercedes hopes to unveil Level 3 self-driving in U.S. markets in 2022, according to the automaker’s CEO Ola Kallenius (via Automotive News).

On Thursday, Kallenius told reporters, “It’s our objective to roll out this technology this year.”

Mercedes has already received German clearance for its Level 3 self-driving, which it calls Drive Pilot, and it has already been conducting tests and meeting with authorities in the U.S.

While Tesla’s Full-Self Driving (FSD) beta is being tested in the United States, and allows vehicles to be driven between destinations in the city with drivers expected to take control at any time. The system operates without any driver input required for steering and operating the accelerator and braking.

Level 3 self-driving, however, would let users stop monitoring the environment for brief periods of time, to perform “certain secondary activities” such as sending emails or watching movies, among others.

Mercedes-Benz Drive Pilot is set to be able to operate at speeds under 60 kilometers per hour (37 mph) on specific German highways, which Kallenius referred to as heavy-traffic or traffic jam encounters.

The tech is planned for the S-Class in Germany in the first half of 2022, and the same feature will be available on the EQS full-electric sedan, Kallenius said.

Tesla has notoriously fought against using lidar, vouching instead for a camera-based sensor system it calls Tesla Vision.