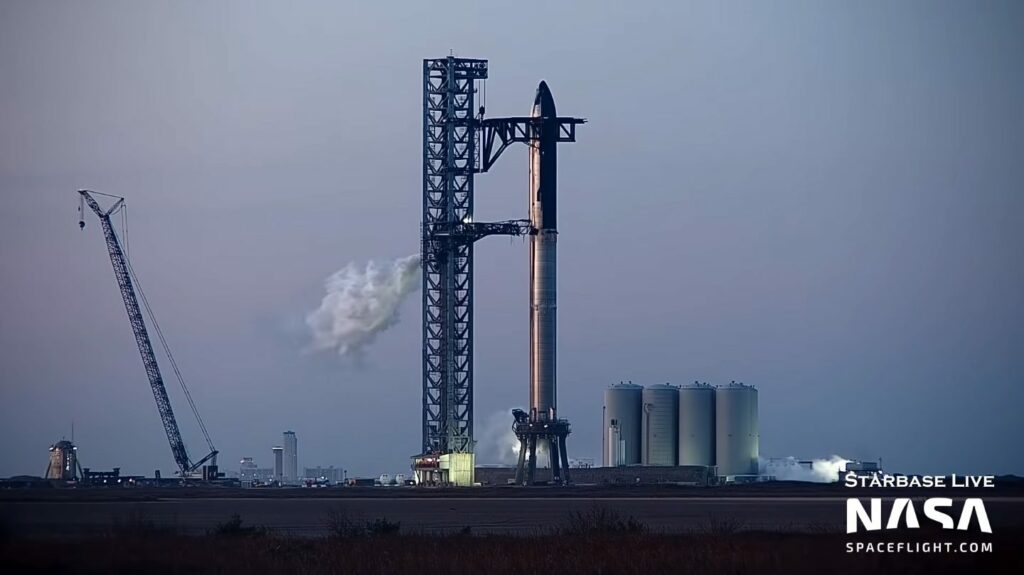 Overnight, SpaceX tested the full Starship stack with liquid nitrogen. Meanwhile, an SN8 forward flap was spotted on display at the Brownsville Airport.

Video from @BocaChicaGal, @nicansuini, and the NSF Robots. Edited by Nate Shields.

Starship SN20 passed its 6-engine static fire test back in November 2021. Last month, SpaceX stacked Starship SN20 on top of Super Heavy booster B4 ahead of the company’s first-ever orbital launch of Starship.

The most recent test saw SpaceX pump liquid nitrogen through the Starship full-stack to ensure propellant load capacity and make sure the configuration is able to withstand in-flight atmospheric pressures and extremely low temperatures. The company continues to inch ever so closer to the first orbital launch of Starship.

After SpaceX CEO Elon Musk confirmed on Twitter last month that the Brownsville Airport would be getting a Starship prototype to put on display, the forward flap from an SN8 has now been spotted on display at the airport. Maybe moving (or finding enough space for) a 160 feet tall spaceship just wasn’t feasible? 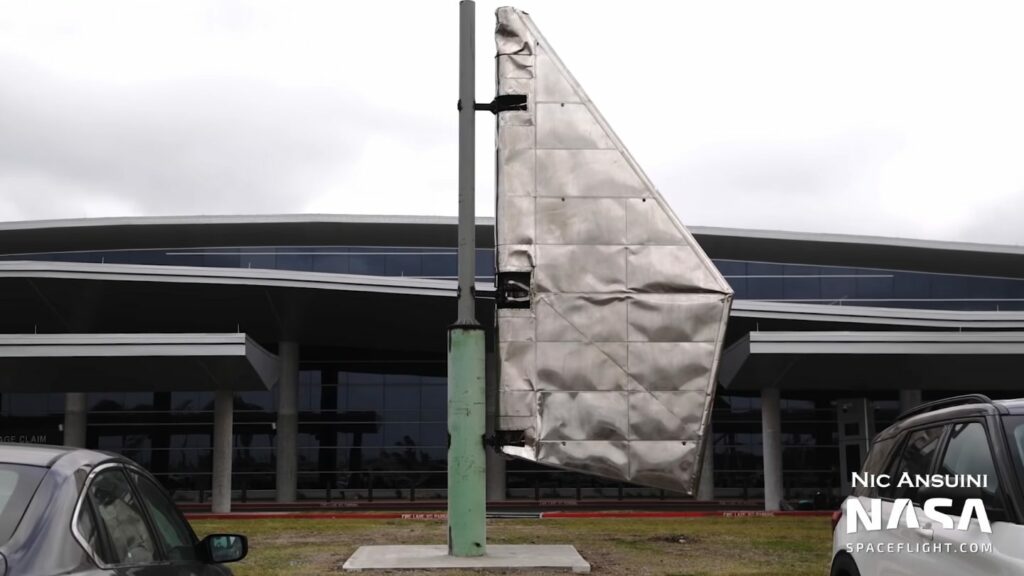 Check out the full coverage of SpaceX’s Starship full-stack cryo-test from NASASpaceflight below:

SpaceX is still waiting on FAA approval for its planned orbital launch of Starship. Last month, the FAA delayed its review of the launch proposal to March 28.

After SpaceX unveiled its Starlink RV mobile internet service earlier this year, one customer of the company is showing off the contents of the order. SpaceX’s Starlink RV internet kit was spotted being unboxed on Monday, showing the next-generation terminal as it comes from the company (via Reddit). The photo shows the RV kit sitting […]
Peter McGuthrie
10 hours ago