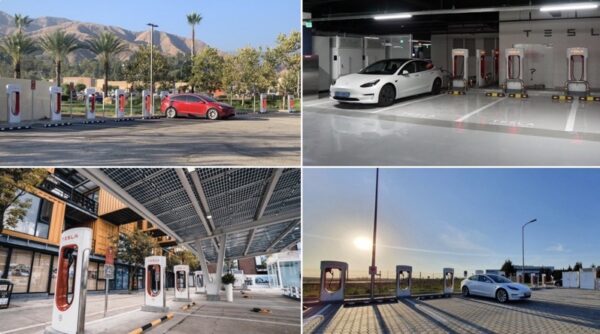 Following similar changes made in the United States in November 2021, Tesla has updated their Supercharger rates in Canada.

Previously, Tesla owners were billed under a two-tier system, but the company modified its terms last November shifting to a four-tier model, which was applied in Canada on Wednesday.

Charging rates are determined by the amount of time you’re plugged in, with certain Supercharger stations offering on-peak and off-peak rates. In some areas, owners are billed per kWh (kilowatt-hour) and in others, customers are billed per minute.

When billed per minute, there are four tiers to account for changes in charging speeds, according to the updated Tesla website in Canada: ‘Tier 1,’ ‘Tier 2,’ ‘Tier 3’ and ‘Tier 4,’ which corresponds to charging speeds of at or below 60kW, 60-100kW, 100-180kW, and above 180kW, according to Tesla’s updated Supercharging website. 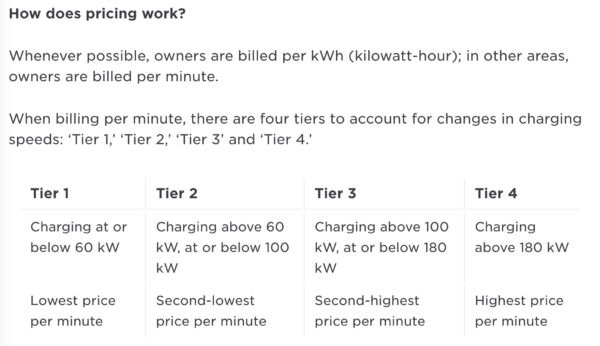 Canadian users are posting their new bills on the Tesla Model 3 Canadian Facebook group, evidencing that most Supercharging sessions will now be more expensive. In some cases with dramatic increases.

Darryl K. shared a screenshot of Supercharger prices in Alberta, showing the Red Deer County charger prices in tiers, with prices of $0.25/min to start and all the way up to $2.00/min at the fastest charging speeds: 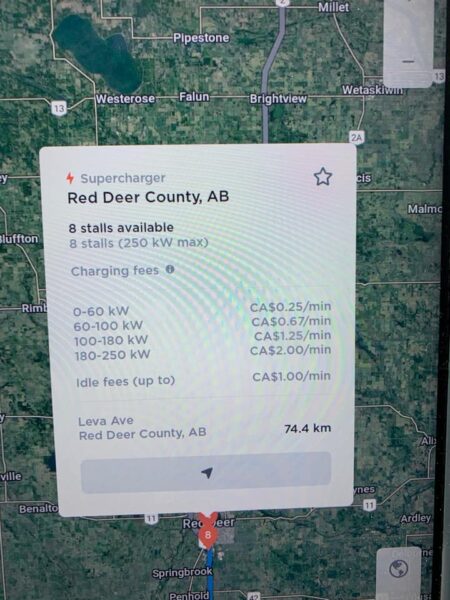 In one post, a Tesla owner shared receipts of two nearly identical charging sessions at the Supercharger station located in Orangeville. Before the tier modification, a 25-minute session costs $9.85 CAD. Now, a 24-minute session goes for $16.26 CAD.

Tesla has long petitioned the federal government for kWh billing as an EV charging standard, instead of time-based billing. The company asked owners to petition the government in August 2020, saying they should “waive those outdated rules temporarily to allow EV charging operators to bill drivers per-kWh.”

With Tesla’s AI Day coming up on Friday, many onlookers are wondering what special announcements and new updates the event could hold. After tweeting the AI Day 2022 poster on Wednesday, Tesla CEO Elon Musk shared a few more details about the event. @ElonMusk retweeted the Tesla AI Day 2022 poster, adding that the event […]
Peter McGuthrie
21 hours ago