Software version 2022.4.5.4 was just detected on a Tesla Model 3 Long Range in Ontario Canada on https://t.co/uh4cmhSoAQ. Follow the release at https://t.co/y0Fo8so3Tr

This update brings the highly anticipated launch of FSD beta to Canada, as confirmed by Steven Elliott (@stevenelliott), who shared screenshots of the “limited early access full self-driving beta” screen, plus the FSD beta “button”:

Tesla CEO Elon Musk said today he was hopeful Full Self-Driving (FSD) beta would expand to Canada this weekend, as the test software currently is being internally tested by roughly 60 cars in the nation. Looks like he has stayed true to his word.

A recent change on Tesla’s Safety Score beta website for Canadians now shows mention of kilometers, as previously spotted on Reddit, suggesting FSD beta was coming sooner rather than later. 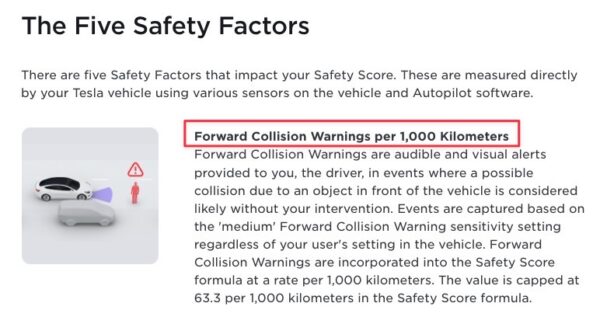 Tesla leverages its Safety Score Beta in the U.S. to ensure only those with safe real-time driving metrics can test FSD beta. The following five factors weigh into a Safety Score, which is rated out of 100:

Those testing FSD beta with a lower Safety Score than required, will be booted temporarily from the test program. Tesla started expanding FSD beta in the U.S. to those with very high Safety Scores first (99 and above), to ensure only the most cautious drivers would be eligible.