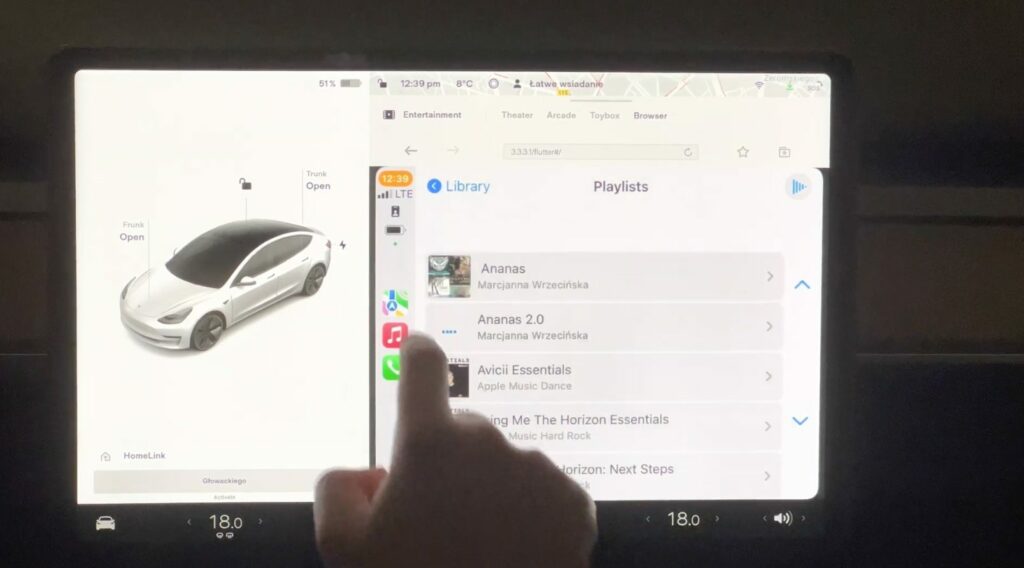 With many Tesla enthusiasts patiently waiting for Apple CarPlay support (it will likely never come), one developer has taken the task into his own hands.

Michal Gapiński shared a video with Tesla North on Tuesday using an alpha build of the Android 12 CarPlay software in a Tesla Model 3. We previously reported on his CarPlay build based on Android last month.

Gapiński notes that his Tesla Model 3 includes an Intel Atom chip, rather than being one of the 2022 models which switched to using an AMD Ryzen chip.

Despite being an alpha build and not being meant for public use as of yet, CarPlay runs on the infotainment center — though it’s pretty slow to respond to touches, and you can tell the animations still struggle to keep up.

The setup is based on a Raspberry Pi that Galiński runs the custom Android build on, and he eventually plans to release it to the public, once it’s polished.

Gapiński explains in the video’s description that, once released, the feature “opens new possibilities for running third-party apps and integration like CarPlay.”

In January, Gapiński also shared a workaround for getting Apple CarPlay to work in Tesla’s vehicles.

In both cases, the program doesn’t run particularly smoothly, but it’s definitely a step in the right direction, imagining what Apple’s CarPlay would look like on a Tesla Model 3 or Model Y.

Tesla’s flagship sedan and SUV have earned three separate awards on Britain’s “What Car?” index, as shared on Friday in videos and on the rating index’s website. The Tesla Model Y earned the “Best for Safety” award in the ranking system, while the Tesla Model 3 earned titles for both “Best for Efficiency” and “Best […]
Peter McGuthrie
5 days ago