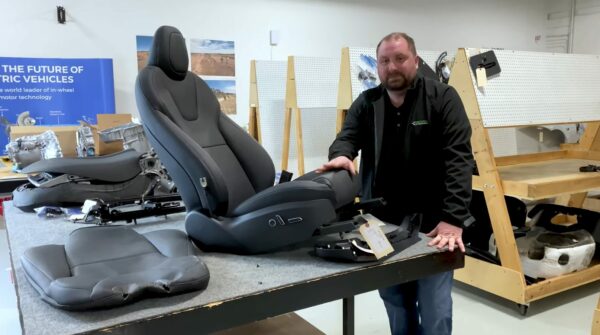 Auto industry expert Sandy Munro has been sharing a series of teardown videos analyzing the Tesla Model S Plaid, and the team’s most recent video shares a closer look at seats in the latter.

Munro Lead Engineer Carl Crittenden discusses the overall comfort of the seats, as well as accessories such as the switch-toggled cupholders.

After riding away on his Cyberquad, Crittenden heads into a separate room to discuss the broken-down front seats from the Model S Plaid.

Crittenden also points out the various components within the seat, and discusses the relationship between Tesla and its suppliers.

Namely, Carl talks about how many of the components involved in seat production are produced by Tesla, and how many are purchased by the company from other suppliers.

Overall, Crittenden and Munro seem to have positive things to say about the Model S Plaid’s seats, despite a few quirks and suggestions they offer for future models.

You can see the full breakdown of the Model S Plaid’s seats below.