Tesla started rolling out its 2022.4.5 software update to more vehicles yesterday, with the release debuting Regenerative Braking in Autopilot, Car Colorizer (was previously exclusive to China) and Save Dashcam Clips features.

Other undocumented changes include the return of the Sentry mode icon to the menu bar, along with the profile switcher for changing pre-set driver settings.

But one other addition in 2022.4.5, as spotted by u/garvesnation on Reddit, is the ability to remove media sources in Audio Settings again. Tesla North can confirm this is the case. 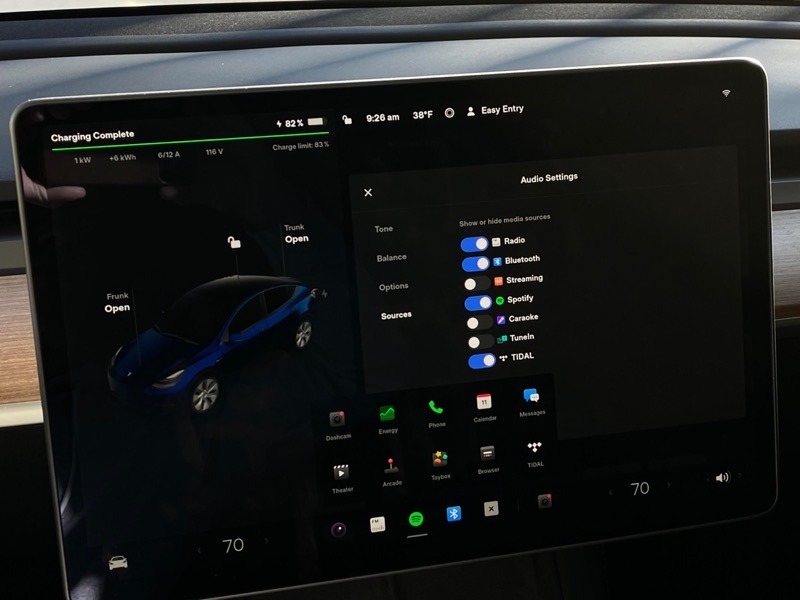 When Tesla’s V11 software first released back in December, this option to hide media sources was removed. But it has returned in this latest update, allowing you to disable icons for media sources you don’t want showing. When you disable select media sources, respective icons are also gone from the icon stack.

As for Tesla’s Car Colorizer feature, it’s neat to play with and to see your Tesla also update to a new color in the mobile app as well, as seen in a screenshot sent in by reader Steve below. When you select your new color, you can add it to a favourites list by tapping the “+” sign. To change back to your old color, tap the colored icon in the bottom right. Fun feature for a short bit, but it’s even better if you have a wrapped Tesla. 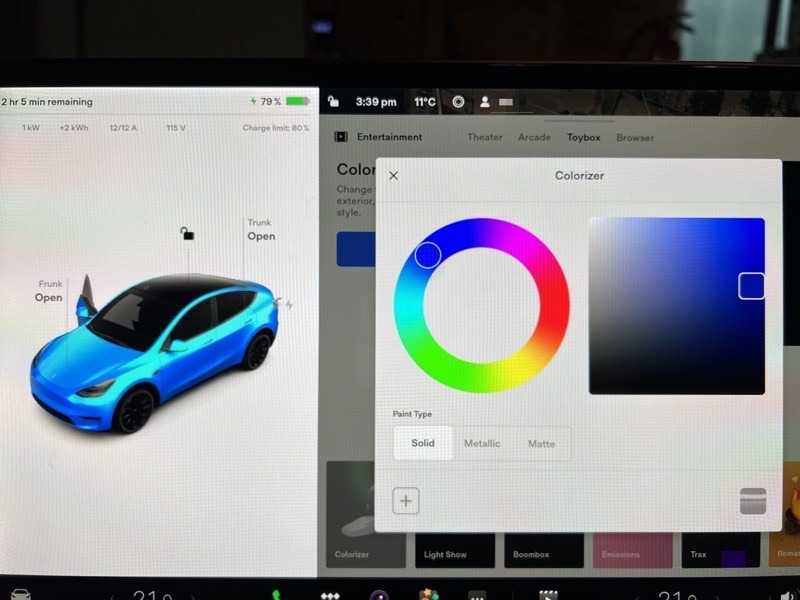 Take a look at all of the new Tesla Superchargers that went live across the globe this past week, courtesy of data from Supercharge.info and the TMC Forums: Date Opened Location Number of Stalls Power Rating Official Listing September 26, 2022 2 Rua do Miradoiro, Vigo, Pontevedra, Spain 12 250 kW Tesla September 26, 2022 Strevelinsvej 13, […]
Nehal Malik
14 hours ago

As China celebrates its legal holiday of National Day this week, Tesla’s Gigafactory Shanghai will stay open with some added benefits for employees who work for the holiday. Tesla’s Giga Shanghai is remaining operational during China’s National Day holiday running from October 1 to 7, as reported by a source familiar with the matter reporting […]
Peter McGuthrie
23 hours ago

Tesla is looking to expand Gigafactory Nevada after years of announcing plans to do so, according to sources familiar with the matter reporting to electrek. Past statements by Tesla held that the Giga Nevada location would be able to produce around 105 GWh of battery cells per year and 150 GWh of battery packs per […]
Peter McGuthrie
24 hours ago