Tesla appears to be showing off its Model S Plaid with revised tail lights, officially on its website.

A blurry image on this page that offers Model S Plaid test drives, shows an image of the vehicle with revised tail lights that are slimmer compared to the current build.

The new tail lights can be seen in the blurrier image below, found on Tesla’s website here (via @EndlessPlaid):

We see the LED tail lights showing in a thinner stance compared to before, as the bottom part of the LEDs do not extend to the lower portion of the tail light housing.

This is not the first time we have seen these revised rear tail lights on the Model S. Earlier this month, at a Model X and Model S event in Taiwan, an image was leaked showing the revised design. There will also be a new charge port style as part of the housing change.

But this is the first time we’ve seen these tail lights on Tesla’s website officially. 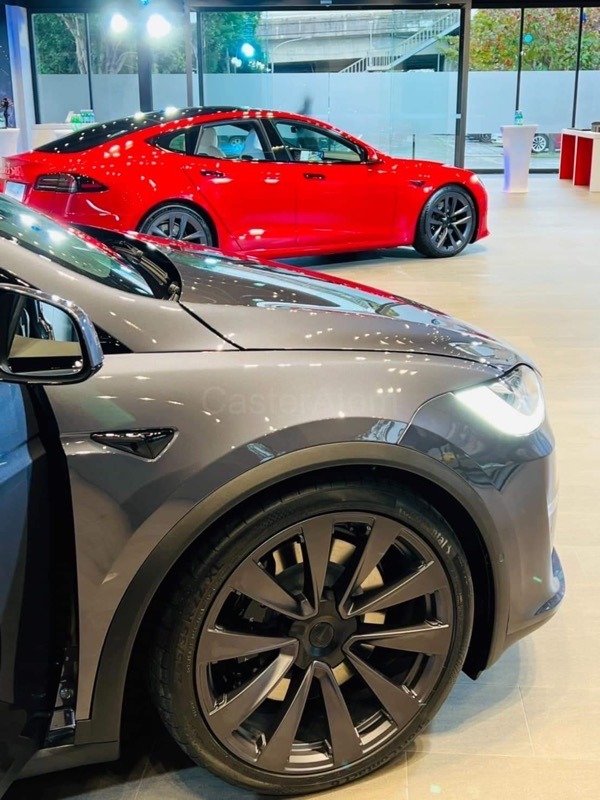 Tesla says the Model S Plaid is appearing in Northern California at the following locations:

“A transformed cabin design offers a radical new driving experience for the highest performing production sedan ever built. Get familiar with a bold new approach to steering, two touchscreen displays, console-grade gaming and more during your visit,” explains Tesla.