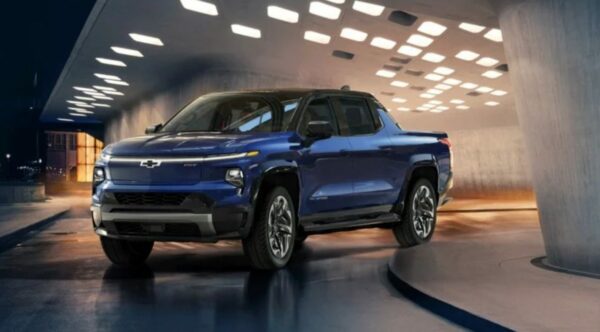 The rise of electric vehicles (EVs) has General Motors (GM) ready to begin selling multiple electric pickups, with reservations for a new model from Chevy topping 100,000, according to the parent company.

GM’s Chevy Silverado EV has already reached 110,000 reservations, according to a letter to shareholders from CEO Mary Barra (via TechCrunch).

In Tuesday letter to shareholders detailing its Q4 and full 2021 results, Barra explains that the Silverado EV’s reservations include over 240 fleet operators and that the RST First Edition variant of the electric pickup sold out in just 12 minutes.

The news comes just weeks after GM rival Ford doubled its annual F-150 Lightning production target for a second time to 150,000, both illustrating high demand for electric trucks in the U.S. market.

The First Edition RST variant of the Chevy Silverado EV starts at $106,695 and is expected to offer around 400 miles of range per charge.

Down the road, Chevy will also sell Silverado WT and RST trim variants, starting at a price around $39,900 by summer 2024.