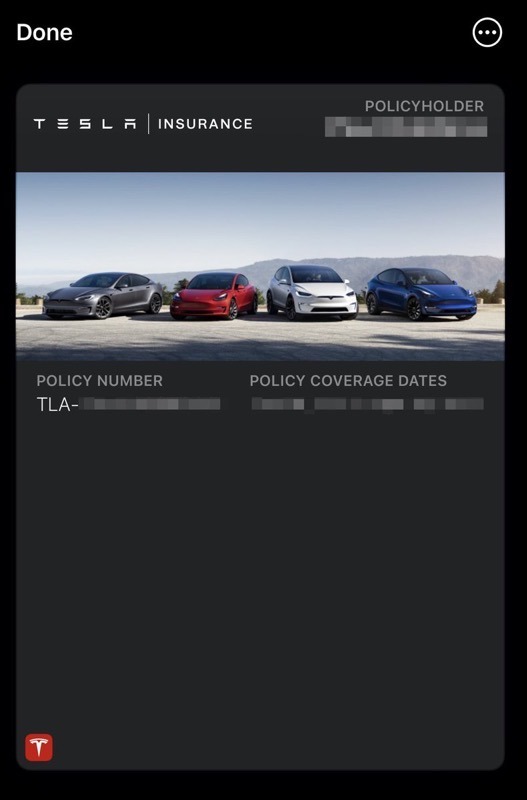 Tesla updated its iOS app on Monday night to bring further support to iPhone owners that happen to be Tesla Insurance policyholders as well.

In version 4.5.0 of the Tesla iPhone app, the release notes explain, “Tesla Insurance policyholders can add their insurance card to Apple Wallet.”

An example card in Apple Wallet of what the Tesla Insurance version looks like was shared by @coffeetabletsla. The card details a policyholder’s details such as name, policy number and coverage dates.

Apple Wallet support means the Tesla Insurance policyholders get an easy-to-access digital card on their device’s lock screen, accessible by iPhone owners when they double-tap the sleep/wake button (or Home button on older iPhones).

Tesla Insurance recently expanded to Arizona and Ohio, with coverage based on real-time data calculated by Tesla’s Safety Score, in-car.

The U.S. Securities and Exchange Commission (SEC) has launched a probe into Elon Musk for his role in directing the branding around Tesla’s self-driving car ambitions — reports Bloomberg. According to the publication, the efforts are part of the regulator’s ongoing investigation into Tesla’s claims surrounding its Autopilot and Full Self-Driving (FSD) features. SEC officials […]
Nehal Malik
22 hours ago