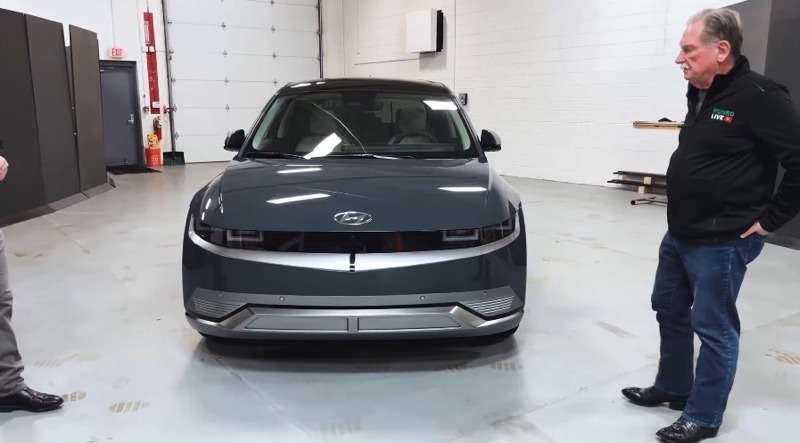 Sandy Munro and his team have shared their first impressions of the 2022 Hyundai IONIQ 5 electric vehicle.

According to Munro, Hyundai provided a press vehicle for them to take a look at. The IONIQ 5 has dual electric motors for 320 horsepower and has a 77.4 kWh lithium-ion polymer battery system (800V). It also has a 10.9kW on-board charger to go with a battery pre-heating system and heat pump.

Munro said he likes the “masculine” and “aggressive” styling of the IONIQ 5 versus its previous EVs such as the Kona and Niro. The team also liked the two-color wheels, which were clearly designed for aero efficiencies. “I’m not a big fan of the kick panel,” said Munro, noting it was too edgy to his liking.

The IONIQ 5 was designed in South Korea and should appeal to the market there, said Munro.

As for panel gaps, Munro said Hyundai “knows what they’re doing” and said huge panel gaps were minimal at best.

Check out the full 34-minute video below, with a separate video to come showing how the car performs on the track.