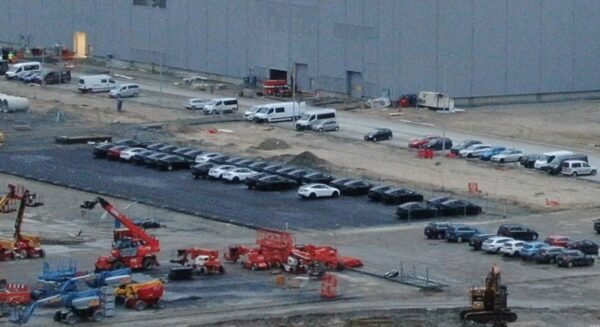 After Tesla submitted documents for approval for Gigafactory Berlin-Brandenburg last month, new Model Y units have been seen rotating in and out of a lot at the nearly-complete factory – hinting that production vehicles may be imminent.

A total of 33 Tesla Model Y units were spotted at Gigafactory Berlin-Brandenburg by local drone videographer @Tobias Lindh on Wednesday. 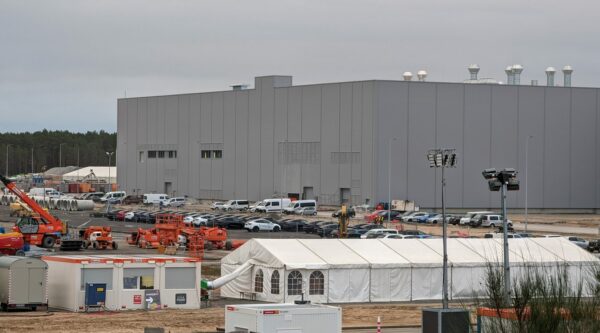 The news follows Lindh previously noticing 12 Model Y units that were no longer there by the weekend.

The 12 Model Y from my Video last Wednesday were transported away before the weekend.

Lindh also said that he hopes Brandenburg Minister Axel Vogel would be providing an update on the Gigafactory on Wednesday, adding a link to a live stream from the local government – for which viewers can see the details here.

In the update, the Ministry addressed criticisms about limited water supply in the communities surrounding Gigafactory Berlin-Brandenburg, noting that they were already concerned before the massive factory was constructed.

In a document detailing the release, the Ministry wrote (as translated from German), “Even independently of [the Gigafactory] project, the drinking water suppliers in the face of increasing water needs in the region face major challenges.”

The document later added, “Sixteen water suppliers have signed up to initiative drinking water supply in the metropolitan region of Berlin-Brandenburg amalgamated, to work out collaborative solutions. The purpose of the technical discussion is to discuss the situation and options for action in the committee.”