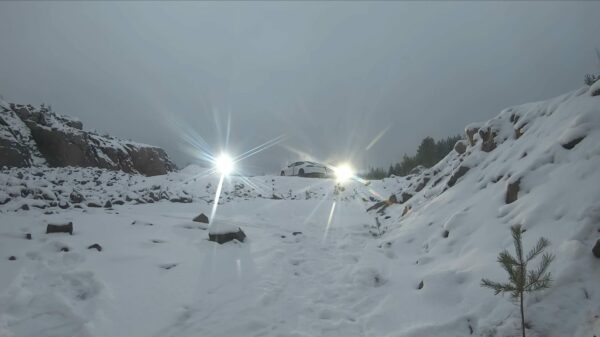 Photo: Beyond The Press

A video shared a few weeks ago by the Beyond The Press channel shows a crew blowing up a broken-down Tesla Model S amidst a snowy landscape.

To create the explosion, the team lined the car with several pieces of dynamite and placed it on a few pallets – though the explosion is rather large and debris covers a much wider area of space upon impact.

In the video, the host explained that the owner of the Model S actually asked the team if they could blow the car up.

The team also clarified in the comments that they removed the batteries and other valuable hardware from the car beforehand, and that they thoroughly cleaned the area following the explosion.

This is the first time that we’ve seen a deliberate explosion created for one of Tesla’s vehicles, and it’s well worth the watch.

Why was the car destroyed in the first place? Finnish man Tuomas Katainen didn’t want to pay $22,600 to replace the battery on his 2013 Model S. Instead, he decided to blow it up instead. We’re sure any monetization from YouTube might help pay for a battery swap now…except the car is no longer available.

You can see the full videos with the broken-down Tesla Model S explosion below–so far both videos have combined to surpass 6 million total views. Eat that, YouTube:

Tesla’s Model 3, Y and S units make up a market share of 26.33 percent of the electric vehicles (EVs) in Denmark, according to data shared by the Danish car imports trade association De Danske Bilimportører (via @Tesla Club Danmark). Out of a total of 105,379 EVs on Denmark’s roads, the data shows that Tesla’s […]
Peter McGuthrie
46 mins ago

As electric vehicles (EVs) continue to gain steam across worldwide markets, one European country known for early adoption of zero-tailpipe-emission vehicles has just reached a new record for single-day deliveries from Tesla. Tesla set a new daily record with 297 vehicles delivered to Norway in one day, as pointed out on Tuesday by @Mathias Føns. […]
Peter McGuthrie
1 hour ago

Tesla adjusted its Supercharger pricing in Germany and some other European countries again, this time raising prices by six to nine cents per kilowatt-hour at each station, reports @Tesla_Adri, sharing screenshots from @ModelXOlli. Along with the news, Tesla Adri also shared screenshots of the Hilden Supercharger preview on the Tesla mobile app before and after […]
Peter McGuthrie
2 hours ago