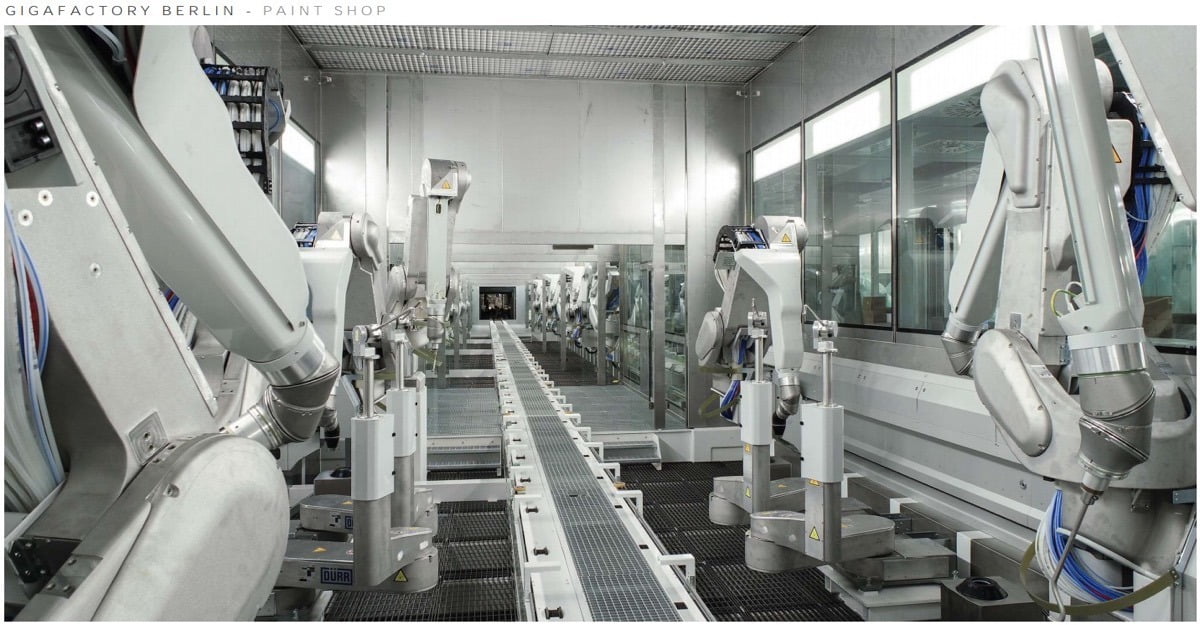 Tesla insider @SawyerMerritt has shared some tidbits in what is reportedly happening right now at Elon Musk’s Gigafactory at Berlin-Brandenburg, in Germany.

According to Merritt, unnamed sources say Giga Berlin “has built about 240 [Model Ys] so far, with another 25 or so planned to be built this week.”

Some of these vehicles built so far will be destined for “crash tests, weather toughness and water tightness stuff (for example in Norway) and some are for testing the recycling processes in the factory. Some of those already built are being used for internal transportation inside the factory,” details Merritt.

• Giga Berlin's working on launching 3 new paint colors, the names of which i have now independently confirmed, and they are Deep Crimson Multi-coat, Abyss Blue Multi-coat and Mercury Silver Metallic. I've seen several images up close of the Deep Crimson & it's gorgeous.

As for new paint colors coming from Giga Berlin, Merritt’s sources say there will be three new colours:

We’ve previously seen Tesla tease the Crimson paint color, when it was available at the Giga Berlin County Fair, sitting right out in the open.

Also, Giga Berline will apparently only ship the Model Y Performance in black and white colors for now, say insiders. “If paint goes well then other colors will follow,” said Merritt.

When will Giga Berlin start delivery its first cars to customers? That could happen around “mid January” 2022, but is dependent on whether the factory gets necessary approvals in time, “which is a big if,” writes Merritt.

Model Y vehicles made at Giga Berlin will have either 16V or 12V batteries, while battery packs will be 2170 packs and not newer 4680 structural packs until later in 2022. Model Y will, however, debut with front castings, joining the single-piece rear casting.

“Giga Berlin is pretty much ready to rock, but is waiting for final approval,” concluded Merritt. “Once they do receive that final approval, I’m told Tesla could start pumping out cars in as little as 2 weeks,” added Merritt, who has established himself with a solid track record on sharing upcoming Tesla news.

Earlier today, it was reported Giga Berlin’s final approval is going to be expected in early 2022, according to Brandenburg Minister-President Dietmar Woidke.