Ford Has a ‘Chance’ to Beat Tesla Once Production Ramps Up, Says CEO [VIDEO] 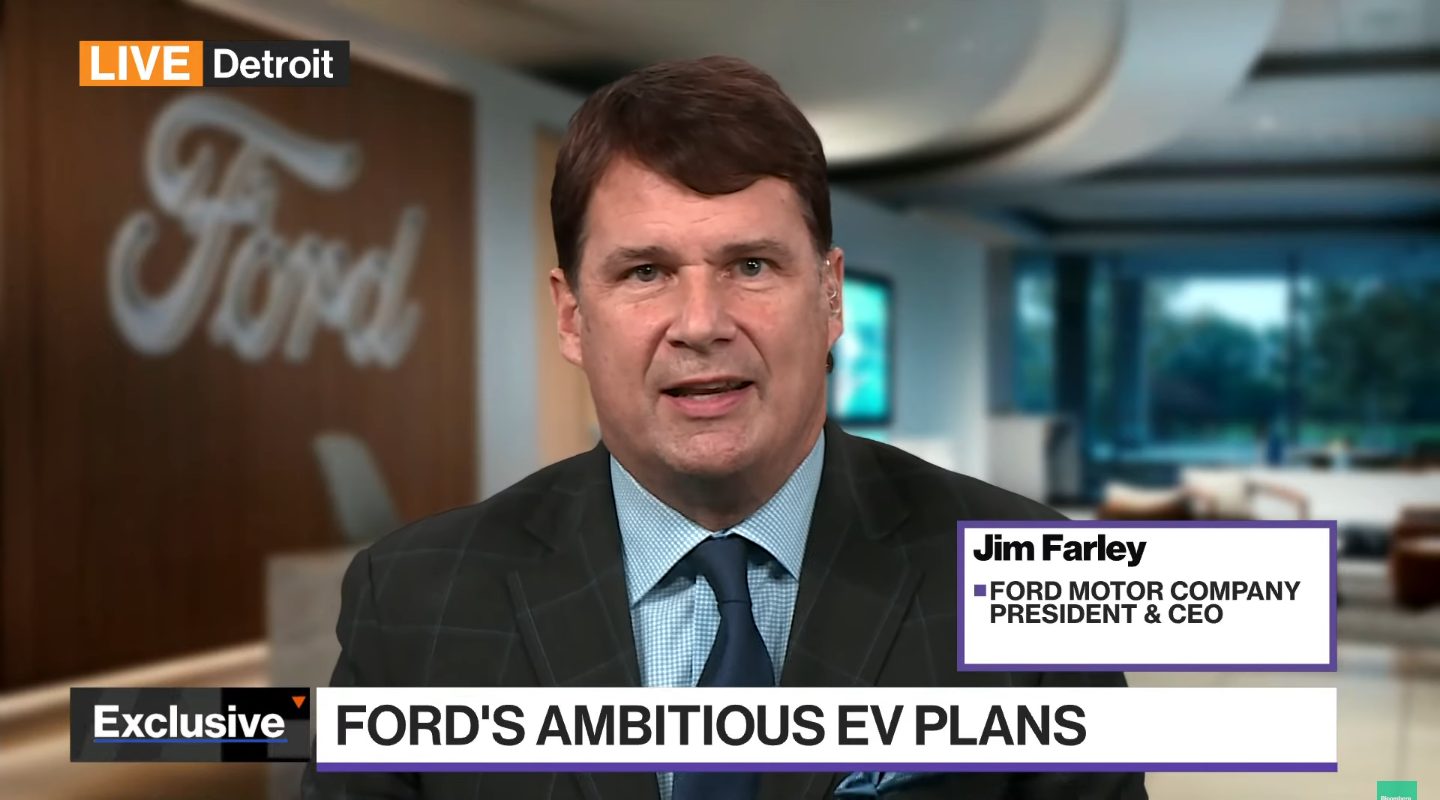 When asked about Ford’s ongoing rivalry with electric vehicle (EV) pioneer Tesla in a recent interview with Bloomberg, President and CEO Jim Farley said they “really have a chance to get to #1.”

Ford’s goal moving forward is pretty straightforward: double EV production to 600,000 units by 2024 and become #2 by volume, and then scale up from there to compete for the #1 spot.

“The first inning of this nine-inning game is for us to get to 600,000 [units]. We think that will put us at #2,” said Farley during the interview. “And then with Tennessee and Kentucky, we really have a chance to get to #1.”

Farley stressed the importance of the company’s next couple of EV launches going well and the veteran automaker being able to capitalize on the mounting demand for its existing models. “It really is on us,” he added.

Earlier this week, Ford delayed its Explorer and Lincoln Aviator EVs to boost production of the Mustang Mach-E, which is reportedly seeing unprecedented demand. According to Farley, there is about three times as much demand for the Mach-E across the globe as there is supply.

Farley noted that Ford currently has a number of high-volume successes on its hands. The F-150 Lightning EV, launching soon, will also be pivotal to Ford’s success.

“I really admire Tesla and Elon for what they’ve done,” said Farley. He was quick to congratulate Tesla CEO Elon Musk when he was named TIME Magazine’s Person of the Year on Monday. Last month, the Ford CEO told employees that Tesla is a serious threat.

According to Farley, Ford has taken direction from Musk and Tesla in more than just transitioning to electric — in developing a digital, always-on relationship with the customer, for example, which is where he says Tesla has proven the industry is headed.

“We think we’ll be number two for some time to come in the U.S. and, obviously, aiming for number one,” the Ford CEO said in conclusion.