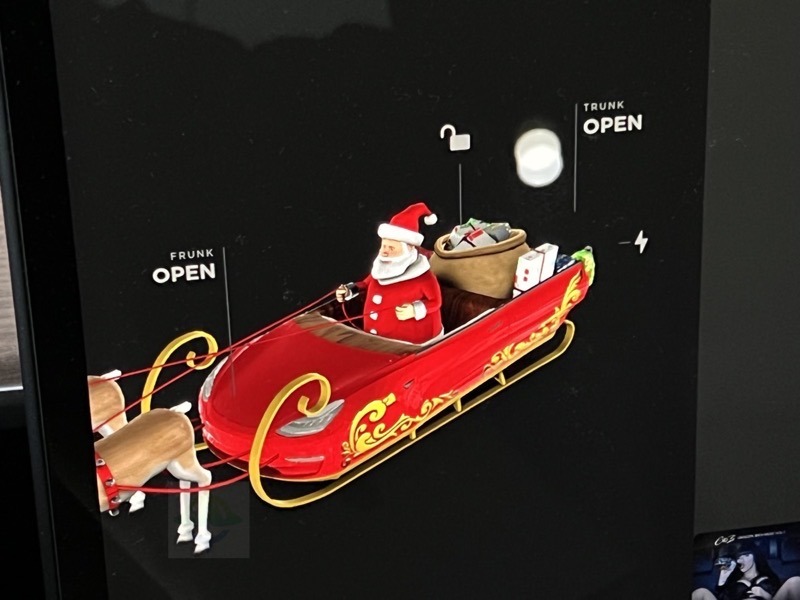 Also new was the company’s Boombox feature for those with a vehicle equipped with a Pedestrian speaker, allowing cars to play music outside, plus also customized sounds.

It’s one 🔥 or 1/2 🔥 if you don’t have a car with pedestrian speaker. We couldn’t get everything done in time, but more stuff coming.

Musk has long maintained “more stuff coming” from last year, but we have yet to see the second half of last year’s promised update.

On Monday afternoon, Musk teased, “lot of cool stuff” was coming soon as part of the 2021 holiday update. It remains to be seen what Tesla has up its sleeves, but stay tuned.

For those unaware, it is possible to enable ‘Santa Mode’ on your Tesla, as part of an Easter Egg. Just say “ho ho ho” as a voice command and your Tesla will turn into a Santa sleigh that is a Tesla being pulled by reindeer.

Although Tesla currently remains the top electric vehicle (EV) manufacturer in the U.S., a new study shows that increasing competition is slowly chipping away at the company’s market share. Tesla has a 65 percent EV market share in the U.S. in the first nine months of 2022, which is down from 79 percent in 2020, […]
Peter McGuthrie
22 hours ago