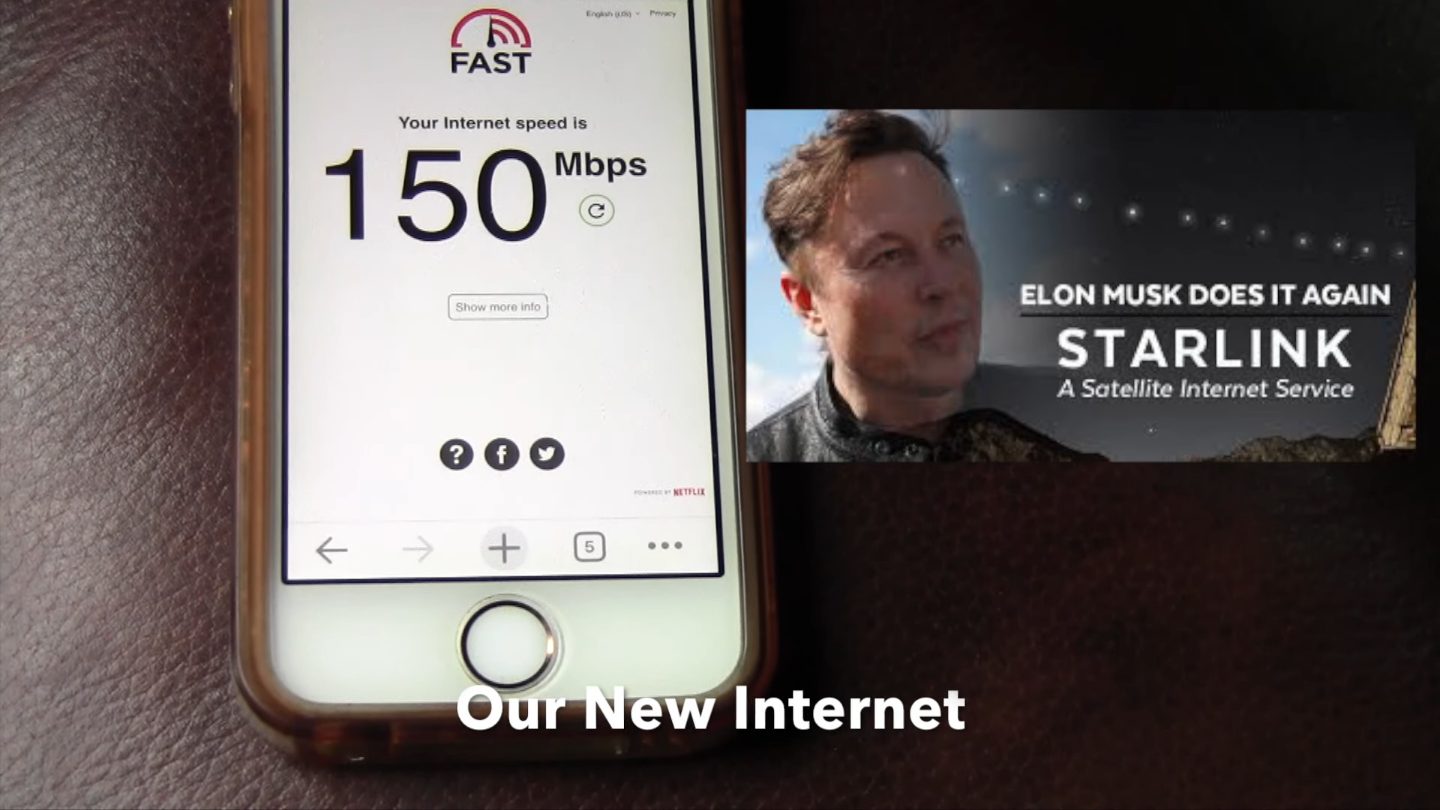 In a recently published video, YouTube channel SteBros shows us how SpaceX Starlink is helping document the efforts to rebuild the Coquihalla Highway in British Columbia, Canada, and its surroundings following the devastation caused by recent flooding.

The YouTube channel is run by a Canadian family living off-grid in the mountains near Coquihalla Pass.

Recent floods in B.C. mangled the Coquihalla Highway that connects Vancouver to Kamloops and caused significant damage to the region, even exposing some gas lines nearby. Repair work on the highway is ongoing, but it isn’t expected to reopen until early next year.

The family turned away a rescue helicopter that flew in to evacuate them, informing authorities that they had enough supplies to stay and ride the situation out.

“We live in the mountains. Things like this happen almost every year. Something happens where we’re stranded here for a little bit, so we do have food here, [and] we are getting supplies flown in,” said Jer, one of the brothers that run the channel.

“As far as communication goes, the cell towers are down. But, we did just get this awesome satellite internet,” he said, talking about Starlink.

Starlink is a high-speed satellite internet service from SpaceX designed to provide affordable internet at viable speeds anywhere and everywhere, especially in remote areas. The service recently came out of beta and also launched the second generation of its receiver dish.

Up until Starlink, the only option available to the family was an Xplornet connection that offered measly download speeds of 2.3 Mbps. Starlink, on the other hand, gets them all the way up to 150 Mbps on a fairly cloudy day, which isn’t the most hospitable to satellite uplinks.

The channel has been documenting the evacuation and repair process in the area, uploading footage to YouTube over their Starlink connection.

This isn’t the first time Starlink has come in clutch during a crisis — earlier in the year, Starlink was used to provide internet in parts of Germany that experienced heavy flooding.