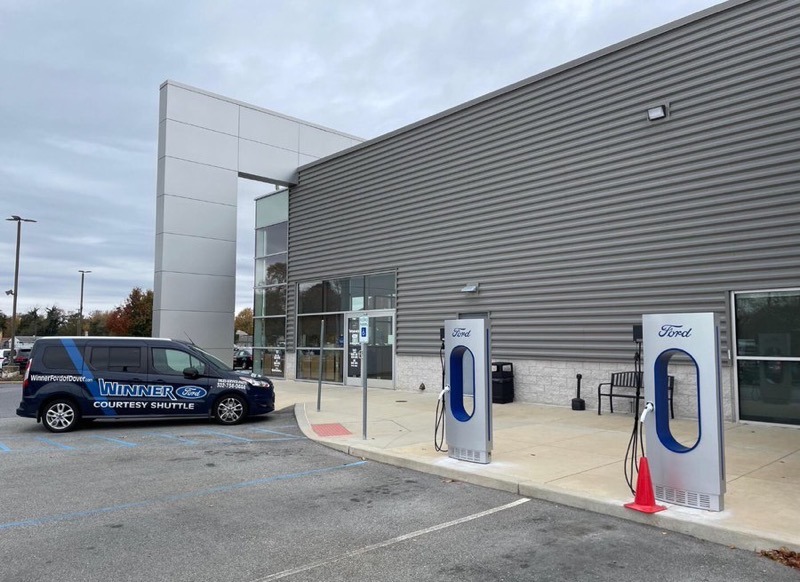 ‘Good artists copy, great artists steal’, was what Apple’s late co-founder Steve Jobs would always say, citing an inspired quote from Pablo Picasso. When it comes to Tesla, we’ve seen examples of other companies copying the electric automaker, and now when it comes to its Superchargers, Ford is taking a page out of the Jobs playbook.

According to picture shared by @MarcoRPTesla, a Ford dealership in Dover, Delaware, has Ford electric chargers installed and they look exactly like Tesla’s iconic Supercharger design.

Hey look!! A new Supercharger is now open at a Ford dealer in Dover, DE!! pic.twitter.com/FhCazxFZ3y

The Ford charger has a center cutout like Tesla’s design, plus has its name in the same front upper location and a similar connector setup, albeit at the front.

Javier Verdura, Director, Product Design at Tesla, didn’t mince words when he saw a picture of the Ford charger.

Responding to a comment about the Ford chargers as “fancy looking Level 2 AC chargers”, Verdura replied, “and by fancy you mean disingenuous, unnecessarily large, poorly executed knock-off of our design.” Ouch.

And by fancy you mean disingenuous, unnecessarily large, poorly executed knock-off of our design

It’s not just Ford, but a Lincoln charger that seemingly copies the design of Tesla’s Supercharger, but this time with the cable actually placed on the inside.

At least Lincoln chargers are original… not. pic.twitter.com/qLenkshtUt

When you’re the electric car leader, others will always be looking to follow your lead, and these Ford and Lincoln chargers do so shamelessly.