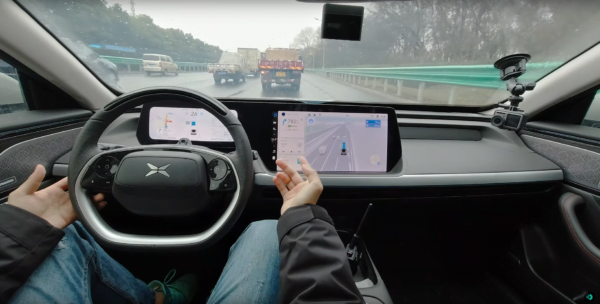 Xpeng Motors’ recently released Navigation Guided Pilot (NGP) beta has begun rolling out in the form of a limited public beta. Photo: 42HOW,

We’ve been reporting on Tesla’s Full Self-Driving (FSD) since it entered a public beta stage last fall. But now, a new competitor has entered the autonomous driving ring, in what is the world’s largest auto market.

China-based Xpeng Motors began rolling out over the air updates on Tuesday, including a limited beta version of the company’s Navigation Guided Pilot (NGP). And in a video from YouTube channel 42HOW, we see one of the first road tests in Shanghai of Xpeng’s NGP (via Twitter).

While it’s an exciting time for Xpeng, it’s also worth a mention that Tesla CEO Elon Musk tweeted in November that Xpeng’s NGP source code was simply a stolen copy of Tesla’s old FSD source code, also including bits of stolen code from Apple.

The claim was then verified by a previous employee, Guangzhi Cao, who said he uploaded the Autopilot source code onto his Apple iCloud account in 2018.

What do you think of Xpeng’s NGP? Does it look eerily familiar to you?