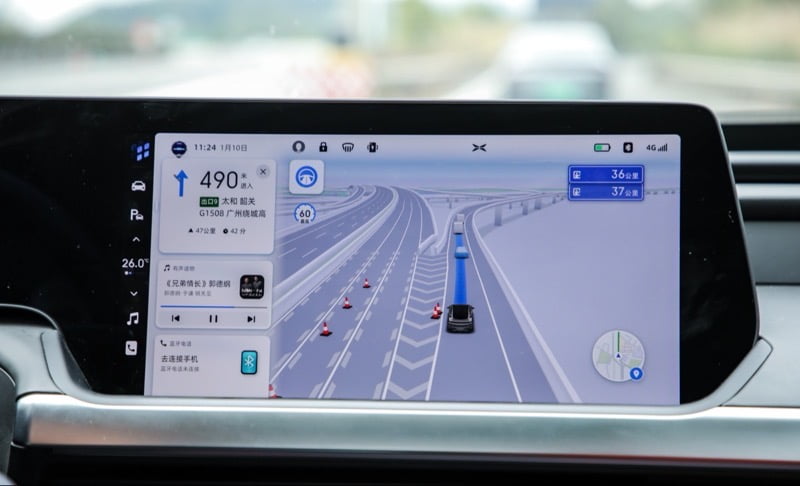 The NGP was tested with over 100 journalists in road tests this week in Guangzhou, China, and said it plans to launch its NGP to its XPeng P7 customers in the country “in the next few weeks.”

You can check out a video below:

“XPeng’s NGP highway navigation function conducts automatic navigation assisted driving from point A to B based on the navigation route set by the driver. Upon its launch, it will be implemented on the Premium version of the XPeng P7 with the XPILOT 3.0 system,” explained the company in a press release.

The company says its NGP autonomous highway solution is considered Level 3 autonomy, where cars can drive themselves only under ideal conditions, such as on a highway.

It’s worth noting, Tesla CEO Elon Musk acknowledged back in November XPeng has a stolen copy of the U.S. automaker’s Autopilot source code. “They have an old version of our software & don’t have our [neural network] inference computer,” said Musk, adding, “to be clear, this was just an XPeng problem. Other companies in China have not done this,” referring to the code theft.

XPeng is seen as a Tesla rival–and copy cat of sorts. The Chinese company’s website even emulated Tesla’s on web pages describing its XPILOT driving software.

The NGP highway solution will be launched for XPeng P7 customers in an over-the-air software update, before Chinese New Year in February. Our Next Energy plans to spend $1.6 billion on a new battery cell plant in suburban Detroit to produce lithium iron phosphate cells and battery packs, as detailed in a report from Automotive News. The company, often dubbed “ONE,” signed a lease in Michigan for a 659,589-square-foot building located 25 miles west of downtown Detroit […]
Peter McGuthrie
7 hours ago