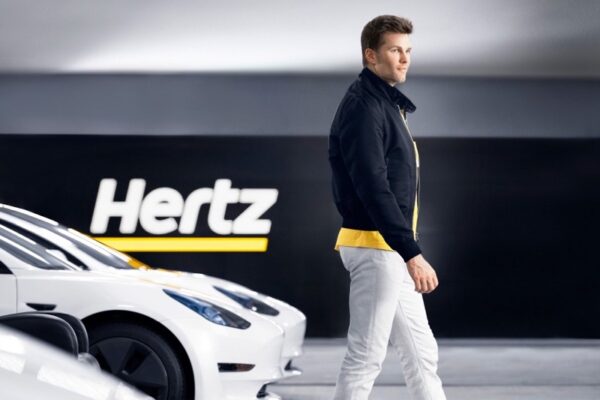 After Hertz’s $4.2 billion USD deal to buy 100,000 Tesla vehicles, the company’s head is hoping to help lead the efforts to move towards electric vehicles (EVs) with the purchase.

Hertz Interim CEO Mark Fields said the company’s strategy was geared towards being the company to “lead the adoption of EVs” on a recent segment of Yahoo Finance Live. Fields was formerly the CEO of Ford and was thought to have helped set up Ford’s move towards EVs before leaving the company in 2017.

In a statement, Fields said, “We are excited about the Tesla relationship. It’s all wrapped around our strategy to lead the adoption of electric vehicles.”

Fields continued, “So we are starting a great relationship with Tesla. We are also ready to partner with many other manufacturers to extend our lead in the adoption of electric vehicles. But clearly, we are going to work I think very collaboratively with Tesla. Importantly, our consumers really want to drive Teslas and we want to be there to be able to provide those products for them. We are very excited about the relationship going forward.”

Tesla CEO Elon Musk followed up on the initial deal saying that the company was seeing high demand, emphasizing that a contract had not yet been signed.

The original announcement held that the vehicles would be delivered by the end of 2022, though it’s not clear how precise that timeline is as of yet.

Last week, it was discovered that Hertz and Tesla are still discussing the timing of delivery for the 100,000 units, though Hertz Tesla rentals already began on November 1, after Fields said the company was already receiving cars from Tesla.

Tesla’s Gigafactory Texas is reportedly aiming for 75,000 units of the Model Y in the first quarter of 2023, according to an unnamed source who shared the information with electrek. The figure equates to more than 5,000 units per week at the site for the entire quarter, marking a significant production increase from the 1,000 […]
Peter McGuthrie
3 hours ago

Although Tesla currently remains the top electric vehicle (EV) manufacturer in the U.S., a new study shows that increasing competition is slowly chipping away at the company’s market share. Tesla has a 65 percent EV market share in the U.S. in the first nine months of 2022, which is down from 79 percent in 2020, […]
Peter McGuthrie
5 hours ago

As Tesla heads into the final month of the year, the automaker is looking to boost customer orders with a new discount option for its flagship sedan and SUV models. Tesla is offering a $3,750 discount on Model 3 and Model Y orders in North America, as seen in a text message sent from the […]
Peter McGuthrie
5 hours ago