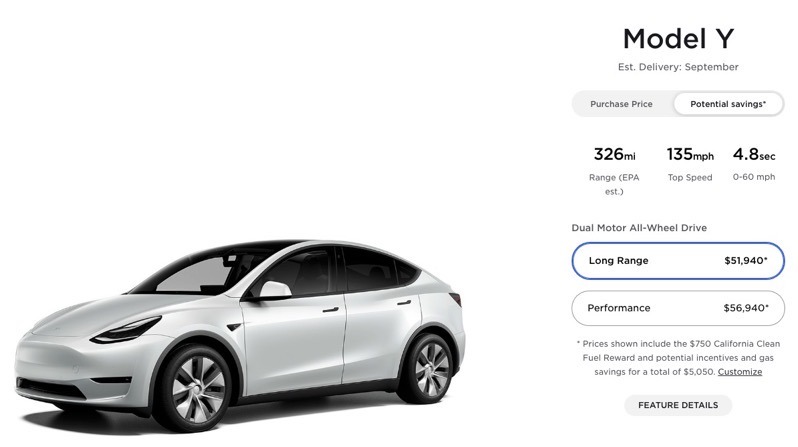 Tesla has increased the estimated delivery dates on its Model Y compact crossover SUV, yet again.

The entry Long Range Model Y with 19-inch Gemini Wheels is now showing an estimated delivery date of September 2022, which is a staggering 11 months from now (via @SawyerMerritt).

Want to get a Model Y Long Range sooner? Easy, just open up your wallet, as the upgrade to 20-inch Induction Wheels for $2,000 USD extra, will fast track your car by 3 months, as delivery dates show June 2022.

Either way, Tesla is facing some heavy demand for its vehicles, as it continues to deal with a global semiconductor shortage and pressure on its parts supply chain.

Tesla has started rolling out its Model 3 Track Package in Europe, expanding the feature outside the U.S and Canada for the first time. As spotted by @Tesla_Adri in Germany, the Model 3 Track Package is priced at €5,990 ($5,589 USD). The package costs $5,500 in the U.S. and $7,200 in Canada. “Optimize the performance on […]
Sarah Lee-Jones
2 days ago