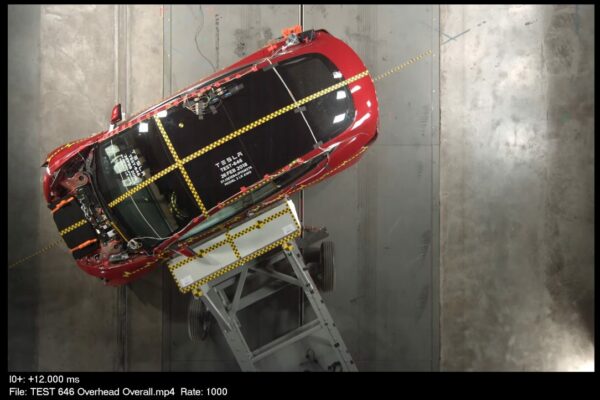 Tesla has released a new video, showing the process of how its safety engineers test for accidents using data from its cars.

On Monday, Tesla released a new video from the Tesla Crash Lab, showing how the company collects data and uses it to replicate real-world crash scenarios. In addition, the video discusses the lab with Anders and Dan, two Safety Engineers from Tesla.

Discussing the role of technology in the company’s approach to safety, Anders said, “We’re the only carmaker in the world that has a fleet of well over a million cars on the road, fully-instrumented from a sensing perspective.” Anders continued, “We know exactly what our fleet of cars is being exposed to out there.”

Similarly, Dan testified that, in an accident, Tesla “can know exactly where the seat is; we can know where the steering wheel is; we know if they’re belted; we know when the airbag deployed exactly to the millisecond.”

Tesla released its Q2 2021 vehicle safety report earlier this month, which showed that the use of its advanced driver assistance system (ADAS) Autopilot held a decrease in accidents compared to those without the feature engaged.

The nearly 4.5-minute video can be seen below. Tesla says it can push out software updates to its fleet over-the-air and continue to make its cars the safest on the road, even after purchase:

The news also comes amidst an ongoing probe into Tesla’s Autopilot and first responder crashes, to which Tesla must respond by October 22.