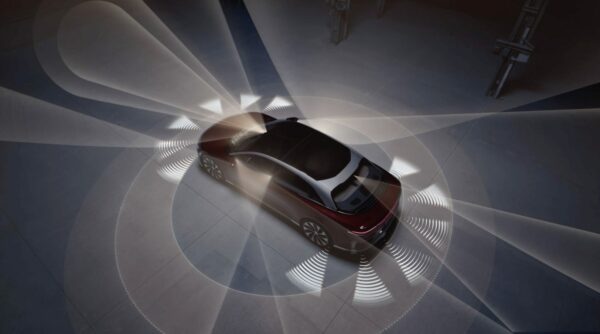 After previewing its Arizona factory last month, Lucid Motors is preparing to make a break into driver assistance technology with the unveiling of a new feature to its cars.

Lucid Motors has unveiled its advanced driver assistance system (ADAS) DreamDrive, and a comprehensive version of the software called DreamDrive Pro, according to a press release. The company also released a teaser video depicting the system being used inside a Lucid Air.

Lucid Motors Senior Director of ADAS and Autonomous Driving Dr. Eugene Lee said in a statement to Tesla North, “DreamDrive Pro has been designed to grow in capability, thanks to our ability to deliver software over-the-air and key equipment already in place in the vehicle.”

Dr. Lee continued, “Thanks to highly integrated hardware and software teams, Lucid has the ability to develop new functionality for DreamDrive Pro in-house. This can benefit every facet of the DreamDrive Pro experience, from the frequency of updates to the planned rollout of the Highway Pilot system for conditional automated driving on select roadways in the coming years.”

Check out the 5-minute teaser video below of Lucid’s DreamDrive:

The press release also includes information about the company’s Ethernet Ring, allowing the car’s sensors to communicate more quickly with each other than most, along with features Auto Park, Highway Assist, and the inclusion of 32 sensors include 14 visible-light cameras, five radar units, four surround-view cameras, ultrasonic sensors and the inclusion of LIDAR.

“To truly understand the power of DreamDrive, you have to experience it for yourself. As the smoothest, most intuitive, most stunningly beautiful ADAS system out there, it’s only fitting to call it DreamDrive — to complement your dream car,” concluded Lucid Motors.