Tesla Increases Prices of Model Y in Canada by $1,000 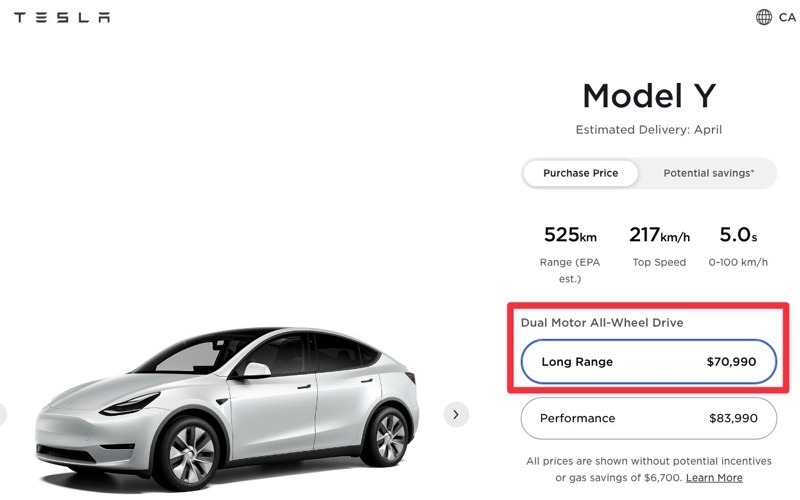 The Model Y does not qualify for any provincial or federal electric vehicle rebates in Canada due to its higher cost. At one point, the Model Y Standard Range was available but that’s no longer an option. A new Model Y now will cost nearly $71,000 CAD, also subject to luxury vehicle tax in select provinces.

Currently, the estimated delivery for the Long Range Model Y is April 2022.

Tesla CEO Elon Musk said during the company’s 2021 shareholder meeting yesterday its current slate of price increase are temporary, as the company deals with high demand plus supply chain shortages, including semiconductors. Tesla’s goal is to lower pricing to make its cars affordable, but for now, when supply is low, prices must go up it appears.

The Tesla Model Y comes with an ‘All Weather Protection Kit’ for owners in Canada and the U.S., in the form of paint protection film and mud flaps, for those located in areas that get inclement weather.