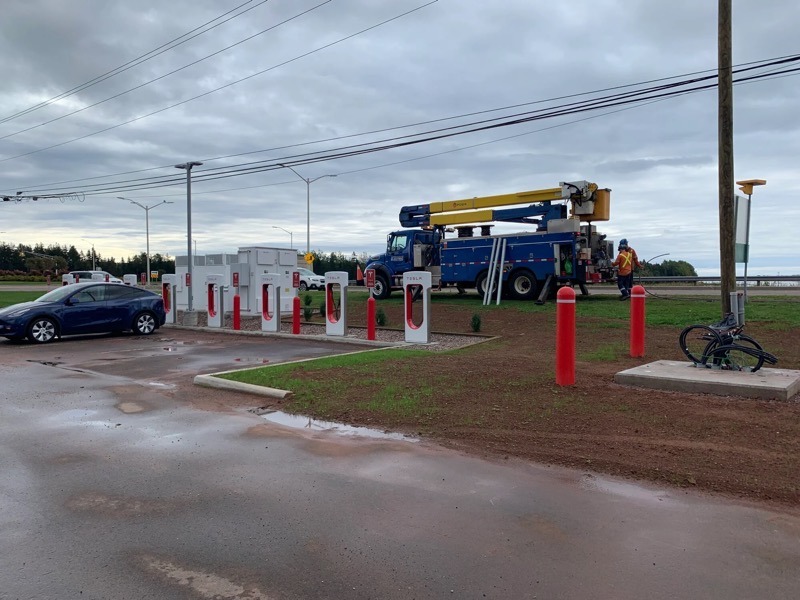 Image via ‘rypalmer’ from TMC

The first Tesla Supercharger on Prince Edward Island in Canada is now open in Charlottetown, located at 12 Milky Way (via Reddit).

There are 8 stalls available at V3 charging rates, offering up to 250kW speeds. Tesla’s website mentioned a targeted opening in Q3 2021 and it appears this location went partially online on Friday, October 1, 2021. It’s unclear if Tesla was able to get the site online to include it as part of its Q3, which saw a tonne of sites go online at the last minute.

Construction on the Charlottetown Supercharger started in August, located on the North River Causeway, west of BOOMBurger.