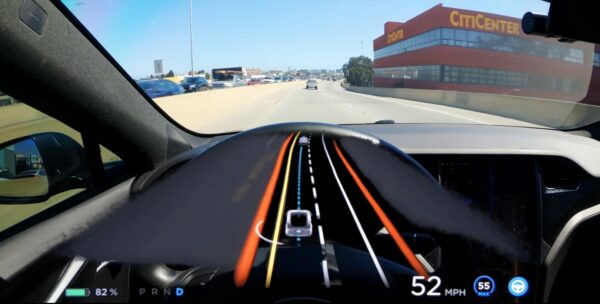 Tesla’s Full Self-Driving (FSD) relies on its central supercomputing chip, hardware 3 (HW3), and Tesla is already close to awarding a contract for its next-generation chip to one particular company, according to industry sources.

The sources also reported that Samsung, the world’s largest chipmaker, has been competing with rivals Taiwan Semiconductor Manufacturing Co. (TSMC) for the chance to be awarded the contract.

One of the sources said, “Tesla and Samsung’s foundry division have been working on the design and samples of the chip from the start of this year. Recently, Tesla decided to outsource the HW 4.0 self-driving chip to Samsung. It’s virtually a done deal.”

Samsung is expected to manufacture Tesla’s HW4 chip at its Hwasung, South Korea production facility, potentially as early as the fourth quarter of this year. The HW4 will replace Tesla’s current HW3 chip, and Tesla is typically quick to push its customer base to adopt the new hardware for added safety, along with other features.

“Tesla and Samsung agreed on the 7-nanometer process to ensure the safety of Tesla’s next-generation electric vehicles,” said another unnamed source to KED.

The pick of Samsung to produce the next-generation HW 4.0, or FSD Computer 2, was said to be based on production costs, the prospects of long-term cooperation and also the South Korean company’s available technology.

Tesla’s existing HW 3.0 chip used in vehicles today is made by Samsung. The next-gen HW 4.0 is expected to be used in the company’s upcoming Cybertruck.

According to data from TrendForce, TSMC is the world’s biggest foundry player, taking 52.9% market share as of Q2, with Samsung following in second place at 17.3% market share.

Tesla has already prepared to encourage HW2.5 owners to upgrade to HW3 as discovered in the vehicle’s internal code by one Tesla owner.

After Tesla was sued earlier this year by a state agency alleging mass racial bias at the automaker’s Fremont, California plant, the company has recently fought back with a countersuit filed with the courts. Tesla filed a motion to countersue the California Civil Rights Department (CRD) on Thursday after the agency sued the automaker in […]
Peter McGuthrie
18 hours ago

Tesla appears to be releasing a revamped Energy tab, that shows a breakdown of electricity usage. A leaked image was shared by @Teslascope, claiming to be from an upcoming 2022.36 software update. The screenshot is from an internal build of the company’s software. “A leak from an internal build on the 2022.36 software branch showcases […]
Sarah Lee-Jones
18 hours ago

Taiwan-based Tesla customers can now appreciate the long-awaited Model Y SUV, as reported on Twitter this week. Tesla opened Model Y reservations in Taiwan on Thursday, as spotted by customer @Michael Hsu. In a post, Hsu noted that the made-in-Germany Model Y units with CCS2 plugs would begin delivering in Q4, also adding that he’ll […]
Peter McGuthrie
18 hours ago