Last year, Tesla was lambasted by Ford for the glass roof of a Model Y falling off on the freeway and despite the company mocking Tesla, the Ford Mustang Mach-E is reportedly having the same problem up in Canada. 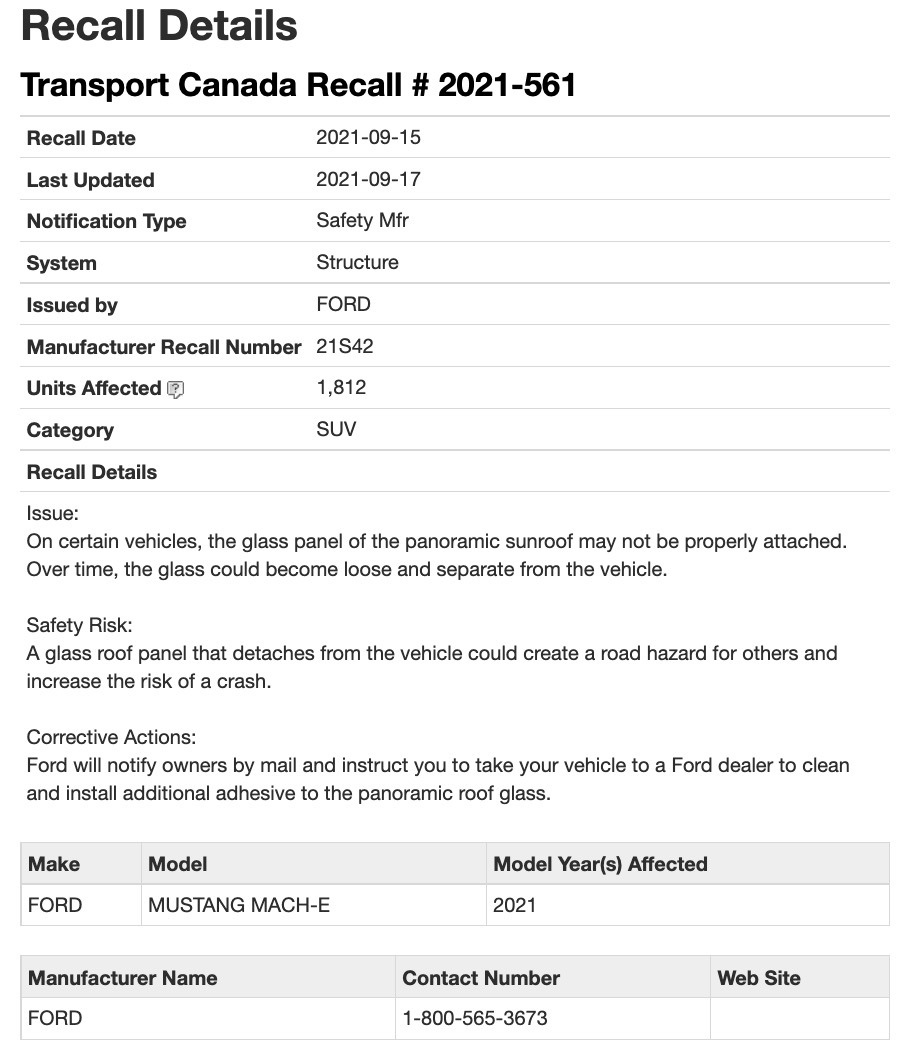 The recalls were issued to Transport Canada under recall numbers #2021-560 and #2021-561, and specifically, they refer to the glass roof panels requiring additional adhesives to avoid coming detached.

While the recalls were shared with Transport Canada, they haven’t been posted to the National Highway Safety Traffic Administration (NHTSA), yet. 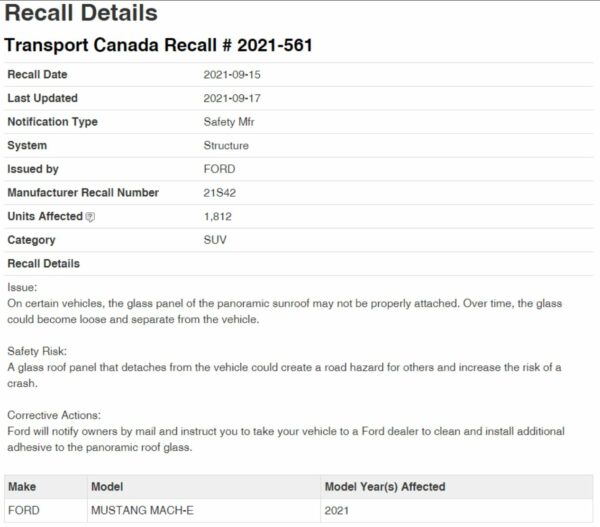 Unlike Tesla’s Model Y glass roof incident, which applied to just one particular unit, Ford’s Mustang Mach-E seems to apply to a high volume of units, and it’s unclear as to whether it will eventually apply to units purchased in the U.S.

In March, Ford also issued a recall of 1,258 Mustang Mach-E units in the U.S. and Canada, due to insecure subframe bolts that were not tightened to the correct specs – though the company was not aware of any accidents or injuries related to the issue.