Tesla Hiring for Internships in Europe and the USA 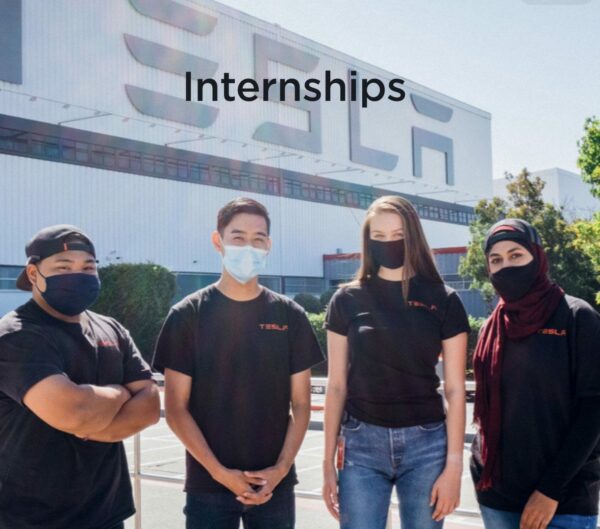 As the company grows, it seems like Tesla is continuously hiring, most recently announcing multiple job listings at Gigafactory Shanghai, along with a wide range of new internships for those in Germany and in the U.S.

Tesla is hiring for a number of internship positions throughout the world, according to a page on Tesla’s website (via @Tesla_Adri).

A variety of different subject areas are represented on the list of internships available, with many of them looking at candidates near Palo Alto, California, Fremont, California, or Austin, Texas, among other locations in the United States, as well as in Grünheide, Brandenburg in Germany.

Make a difference, as a Tesla intern.

The job descriptions for each listing are a little different, though most of them include a 5-6 month duration as well as a breakdown of what the job entails.

Tesla’s Model Y arrived in Europe earlier this month from Gigafactory Shanghai, though the company is expected to open its long-anticipated Gigafactory Berlin later this year – which will officially become the new supplying factory for all European Tesla orders.