Tesla Gigafactory Berlin Event Confirmed for Oct. 9, But For Locals Only 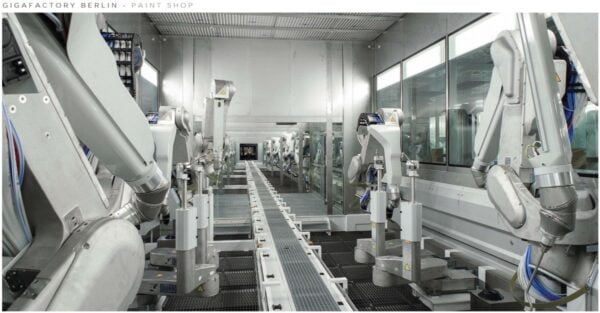 As Tesla prepares to open its first European Gigafactory for production later this year, the company is apparently preparing to host a tour next month for local residents.

Tesla has confirmed it is sending invitations out for its upcoming Gigafactory Grünheide tour on October 9, though only Berlin and Brandenburg residents will be able to attend, according to an interview with German Minister Jörg Steinbach, and as reported by Teslamag (via @Tesla_Adri).

In addition, Steinbach said the event will be limited to about 3,500 people, which he says is also about the amount of employees on-site during any given day.

So it seems the factory tour and county fair is really happening on October 9th.
Said news is that only Berlin and Brandenburg residents will be able to get tickets and the total number of participants is limited to 3500. @WholeMarsBlog@K10Tesla 🙁https://t.co/e3BTIRJCjE

When pressed as to whether the facility would be operational by that point, Steinbach said, “Production will certainly not be ready to start at this point in time.”

Earlier this week, Tesla’s German Gigafactory gained another round of government approvals, largely allowing Tesla to press forward on a number of on-site water basins.

Still, the site is still expected to be on track for producing its first cars by the end of the year, which will also be Tesla’s first European-made cars.