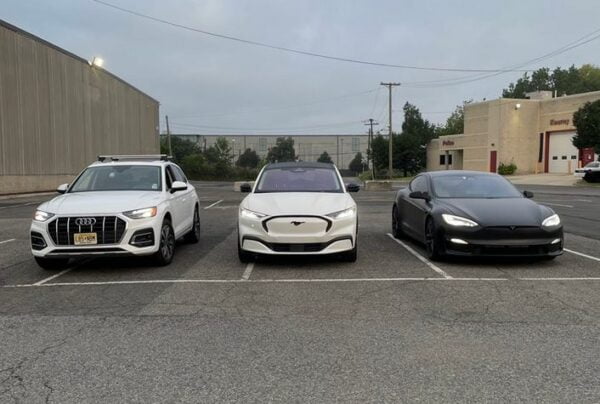 YouTube-based tech reviewer, Marques Brownlee (@MKBHD), is hosting a 1,000-mile road trip race over the course of two days to determine which is faster overall between a Tesla Model S Plaid, a Ford Mustang Mach-E, and an Audi Q5, while comparing Tesla Superchargers, Electrify America chargers, and traditional gas stations.

The race runs through four checkpoints, starting at a Wawa gas station with both Superchargers and Electrify America chargers, then going to Lake Placid, Niagara Falls, Ithaca, New York, Scranton, Pennsylvania, and back to his home studio. 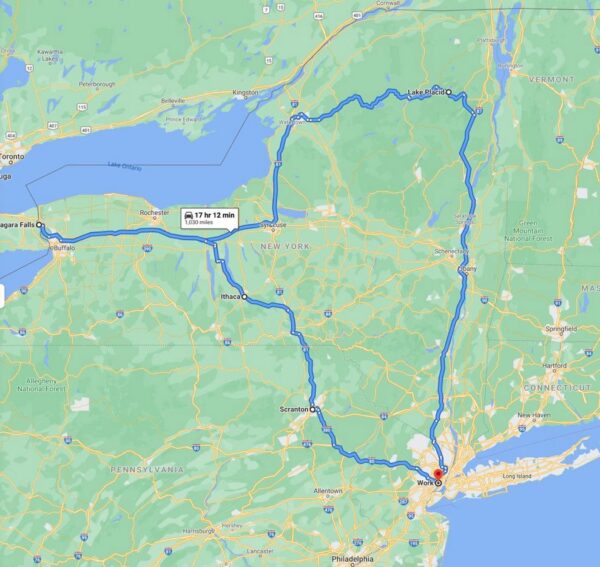 The vehicles feature differing ranges which will have some impact on the race’s outcome. While the Tesla Model S Plaid features about 349 miles of range, the Mustang Mach-E is a California Route 1 Edition and offers 305 miles of reported range. In contrast, the Audi Q5 sports a gas tank that offers up to about 462 miles of range.

In addition, the EVs will be challenged to be able to charge as quickly as the Audi Q5 can fill up on gas, though the Model S Plaid may just be able to make up for some of that lost time, being as quick as it is.

You can follow along with @MKBHD‘s developing race updates in the thread below, though he’ll likely also post a video update once the race is complete.

[Thread] Alright so we have a fun idea. 1000 mile road trip race: Electric vs gas. A test to truly answer the question: How much time does refueling ACTUALLY add to a road trip? Tesla Superchargers vs Electrify America vs Gas stations ⚡️⚡️⛽️⛽️

Tesla has increased delivery wait times for all models except the entry-level Model Y in China to 4-8 weeks — reports CnEVPost. The move is in stark contrast with delivery timeline changes made by Tesla in recent weeks, which cut wait times down significantly. For some models, Tesla managed to bring delivery times down to […]
Nehal Malik
12 hours ago

If you’re planning to finance your next Tesla purchase in the United States, rates have increased to kick off the fourth quarter. As noted by Waiting4Tesla.com (@w4tsla), financing rates for Model S/X and Model 3/Y on the Tesla website in the U.S. have increased 0.25%, now showing as 4.74% (previously 4.49%). Tesla partners with major […]
Sarah Lee-Jones
16 hours ago

Tesla on Friday held its annual AI Day event to showcase the company’s latest leaps in Artificial Intelligence, automation, and computation. The event kicked off with Tesla showing off the first working prototype of ‘Optimus,’ the long-awaited Tesla Bot. Despite merely being a prototype, Optimus was able to walk out on stage, wave to the […]
Nehal Malik
17 hours ago