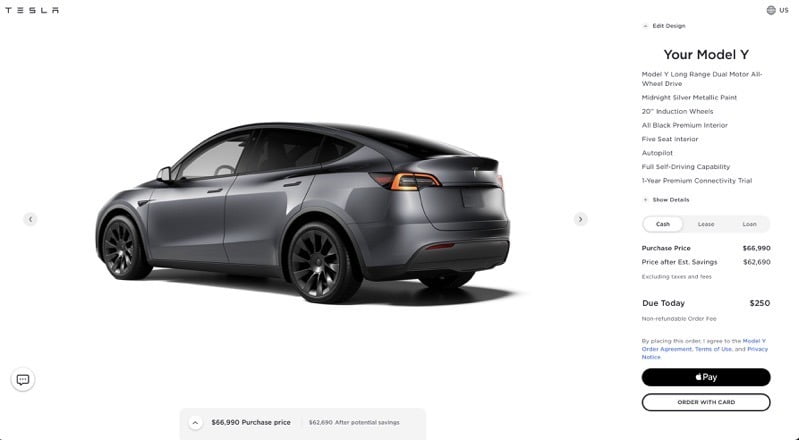 Tesla has increased the price of its non-refundable order fee in the USA and Canada. Previously, this fee was at $100, but has since increased to $250 for new orders.

The change was spotted on late Thursday evening by @SawyerMerritt.

Previously, Tesla would offer a refundable deposit of $2,500 when ordering a new vehicle such as the Model 3. But back in early 2020, Tesla changed this to add a $100 fee for customers when placing an order for a new vehicle.

Right now, Tesla is seeing some heavy demand for its vehicles, exacerbated by the global chip shortage. The Model 3 and Model Y are sold out for 2021, with estimated delivery dates showing January 2022 at the earliest.

Tesla’s Gigafactory Texas is reportedly aiming for 75,000 units of the Model Y in the first quarter of 2023, according to an unnamed source who shared the information with electrek. The figure equates to more than 5,000 units per week at the site for the entire quarter, marking a significant production increase from the 1,000 […]
Peter McGuthrie
17 hours ago