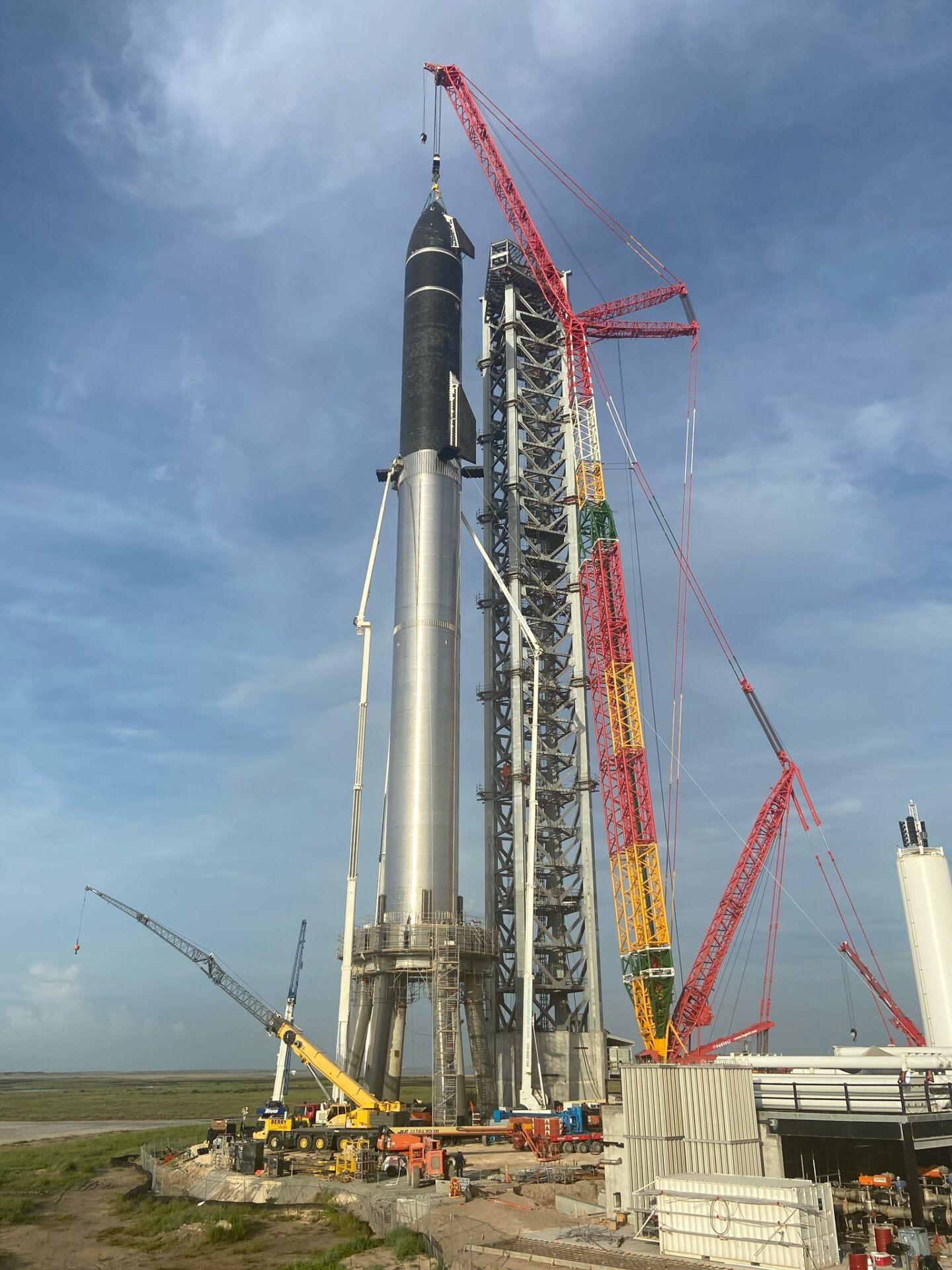 As SpaceX continues to ready its line of spacecraft for various launches, the company occasionally needs to run tests – which it plans to do after wheeling a booster and ship out to the company’s Boca Chica, Texas launchpad.

SpaceX stacked its Starship SN20 with the Booster B4 on the Boca Chica, Texas launch pad on Friday, according to SpaceX CEO Elon Musk.

The move out to the launch pad comes in advance of the company’s orbital flight plan, which will begin with a range of engine and pressure trials, before the company’s launch into orbit.

While it’s currently unclear when the orbital flight plan will take place, the Booster 4 is expected to splash down 20 miles offshore in the Gulf of Mexico. Alternatively, SN20 will continue into orbit, making an entire loop around Earth before coming down near Kauai in Hawaii in the Pacific Ocean, just 90 minutes after launch.

Musk said it felt like a “dream come true” to see Starship fully stacked with its booster, while also noting he was proud of his SpaceX team.

Musk’s post includes pictures from before and after, showing the progress made in stacking the booster and spacecraft, which stands nearly 120 meters tall and can carry a payload of 100,000 kilograms.

“Over time, we might get orbital payload up to ~150 tons with full [reusability]. If Starship then launched as an expendable, payload would be ~250 tons. What isn’t obvious from this chart is that Starship/Super Heavy is much denser than Saturn V,” added Musk on Friday morning.

Over time, we might get orbital payload up to ~150 tons with full reusabity. If Starship then launched as an expendable, payload would be ~250 tons. What isn’t obvious from this chart is that Starship/Super Heavy is much denser than Saturn V.

As for what’s next after destacking Starship from its booster? Musk detailed the following to CNBC’s Michael Sheetz, which will complete in his infamous timeline, “two weeks”:

Higher structural margins overall are needed for reuse, plus:

There is a reason no fully reusable orbital rocket has been built – it’s an insanely hard problem.

Moreover, it must be rapidly & completely reusable (like an airplane). This is the only way to make life multiplanetary.

Efficiencies of scale is why Starship is so large.

SpaceX nailed a successful landing with its Falcon 9 booster in June, along with the launch of the GPS III satellite for the U.S. Space Force, following a series of successful launches held throughout the year thus far.