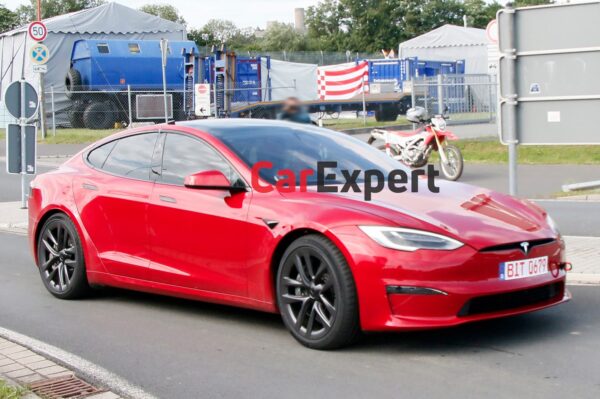 Tesla’s electric vehicles (EVs) have taken on the Porsche Taycan at Nürburgring, Germany once before, though it admittedly took place before the recent release of the incredible Model S Plaid.

Maric also speculated as to whether the driver was using a steering yoke or a classic wheel, though it wasn’t immediately clear from the photos shared. 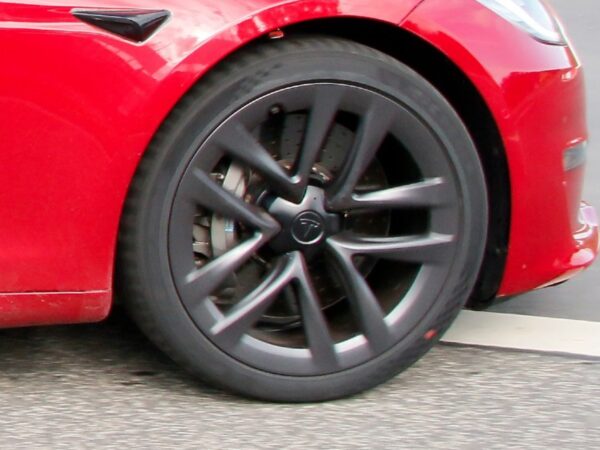 Tesla’s Model S Plaid was released last month at a Plaid Delivery Event, and is considered one of the world’s quickest cars available, despite being electric.

Tesla is back at the Nurburgring! This time trying to beat the Taycan's 7:42 lap time. The Model S Plaid is wearing Michelin Pilot Super Sport treads, plus a big set of cross-drilled rotors and mammoth calipers. Full story: https://t.co/OV8HCcaspH @Tesla @elonmusk pic.twitter.com/dNuqiRHdCY

In the spirit of EVs creeping past traditional internal combustion engine (ICE) vehicles, Tesla also built new V3 Superchargers at the Nürburgring raceway near the end of last year.

While this particular Model S Plaid is a production vehicle and is likely from Tesla’s Fremont factory, Tesla’s Germany-based Gigafactory Berlin is currently under construction and should be completed by the end of this year – at which point European customers will be able to receive Made-in-Germany production models of their favorite EVs from Tesla.

More electric vehicles (EVs) are set to be sold in China this year than throughout the rest of the world combined, according to an exposé from The New York Times on Monday. As many countries struggle to incentivize EV sales using tax credits and subsidies, China’s customer base has already begun to pivot toward the […]
Peter McGuthrie
19 hours ago

A coming software update has added a useful pop-up feature for Tesla’s Superchargers, showing new details that weren’t previously included. Tesla software update 2022.36 includes a newly designed pop-up map feature for Supercharger locations, as detailed by Not a Tesla App on Monday. The pop-up map includes information such as the number of available charging […]
Peter McGuthrie
20 hours ago

Tesla’s official CCS Combo 1 adapters have begun delivering to customers, as noted on Monday by a Model 3 owner (via Reddit). The CCS adapter costs $250 in the U.S. and $325 in Canada, offering up to 250 kW at third-party charging stations where Tesla’s proprietary Supercharger connections aren’t available. Tesla launched official sales of […]
Peter McGuthrie
20 hours ago