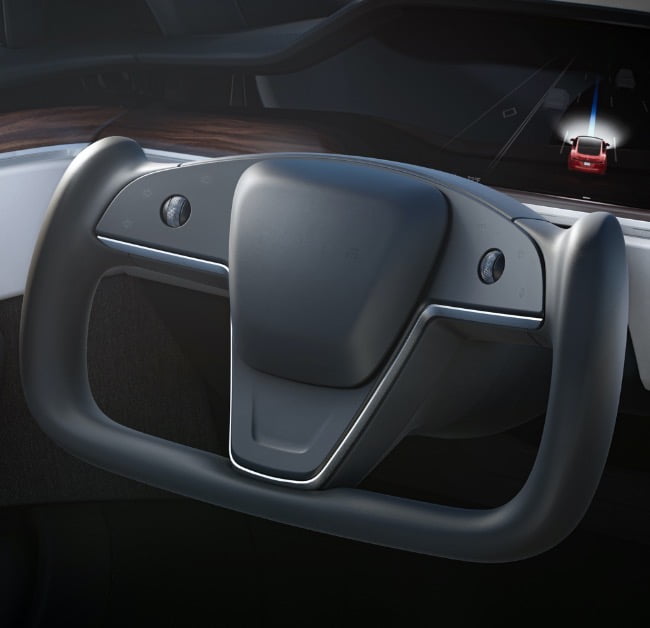 The new Tesla Model S refresh and its yoke steering wheel, in particular, have drawn mixed opinions, as the new design requires revamped muscle memory from those that have actually tried it.

Will Tesla offer a regular round steering wheel option for the Tesla Model S refresh? In a response to MKBHD’s review of the Model S Plaid, CEO Elon Musk responded to the question on Twitter with a succinct answer of “no”.

Nevertheless, Tesla’s forward-thinking design choices for its vehicles, in particular the Model S Plaid are bold choices that regular drivers may need some time to get used to. With just one steering wheel to manufacture instead of two, it should allow Tesla to churn out more Model S and Model X vehicles faster.

But really, when Full Self-Driving eventually comes (keyword: eventually), who needs to touch buttons on the steering wheel anyway?