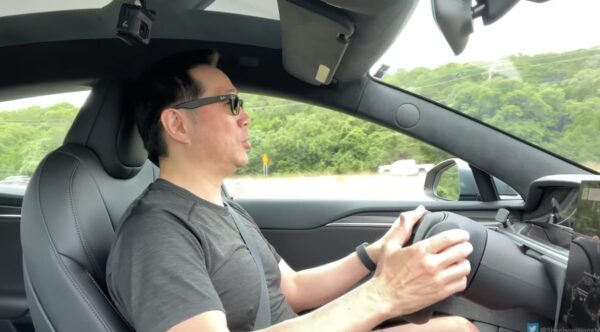 Tesla’s Model S Plaid was released last month at a special delivery event, and since then, reviewers left and right have had rave reviews for the electric sedan – with a recent review concluding nothing less for the Tesla.

In a new review of the Tesla Model S Plaid from Shannon Wong, we get a detailed look at the new model, complete with two acceleration launches and a full look at the interior, exterior, and performance of the vehicle.

On the vehicle’s interior, Wong notes that he can’t adjust the Model S Plaid’s steering yoke forward or backward, though he doesn’t say it’s debilitating in any way. In addition, while many users have struggled to grow accustomed to the steering yoke, Wong says it just “takes some getting used to” before getting comfortable with it.

While not shown in the video, the Model S Plaid also includes different preset acceleration modes for users, each of which includes a slightly variable launch performance.

To sum up the review, Wong calls the Tesla Model S Plaid “the finest car I have ever owned,” going on to say that “it is a technologic marvel” with its “combination of artificial intelligence, energy storage, and robotics.”