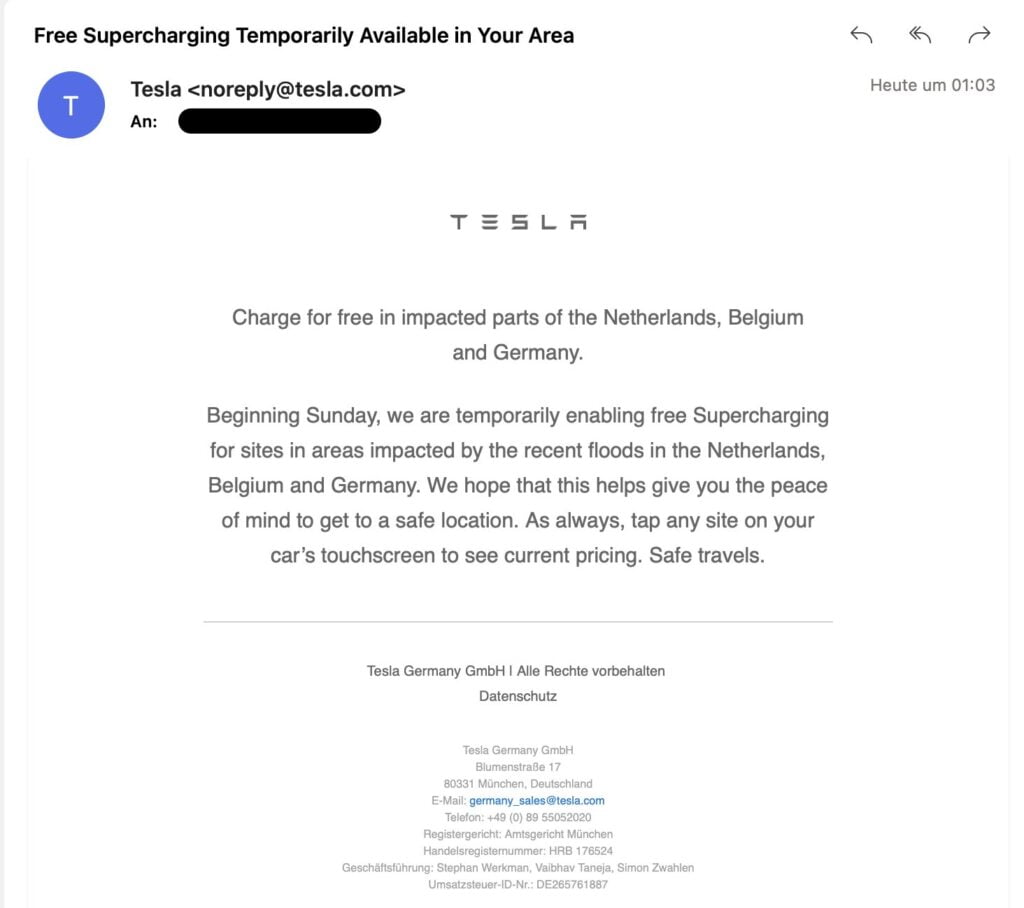 According to a recent Reddit post from user Sonbart, Tesla will temporarily offer free Supercharging to flood-stricken regions in the Netherlands, Belgium, and Germany starting Sunday, July 18.

As of March 2021, Tesla has over 6,000 Superchargers up and running in Europe across 600 different locations. Free Supercharging will be enabled at Supercharger locations in areas affected by the recent floods.

The information comes from an email Tesla sent out, presumably to customers living in or near the affected areas. Tesla hopes that the move will help customers in affected regions relocate to safety without having to worry about ‘range anxiety’ or pay to flee from a natural disaster.

“Has a petrol (gas) company ever given you free gas in emergency areas?” asked one Redditor rhetorically. Others talked about similar experiences with gas companies, saying that many actually increase fuel prices in the event of natural disasters instead of providing relief.

It’s refreshing to see an automaker support its customers, not only in times of joy but also in times of hardship.