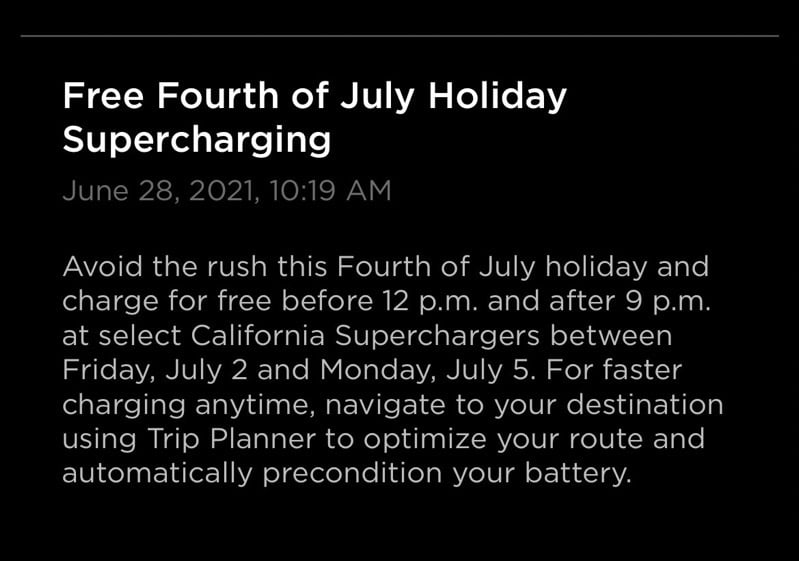 Tesla announced on Monday to owners in California it will be offering “free Fourth of July holiday Supercharging” at select Superchargers in the state.

“Avoid the rush this Fourth of July holiday and charge for free before 12 p.m. and after 9 p.m. at select California Superchargers between Friday, July 2 and Monday, July 5,” explained Tesla in a message.

The move appears to incentive off-peak charging times, which may help alleviate pressure on Superchargers in California during busy times.

Tesla frequently offers discounted Supercharging during select periods to encourage owners to charge at off-peak hours. During the Memorial Day weekend in May, the company offered 50% off Supercharging in California before 10am and after 7pm.