Tesla has started rolling out its 2021.12.25 software update to the fleet, detected on vehicles in the United States and beyond.

Check out the screenshot below via @Teslascope: 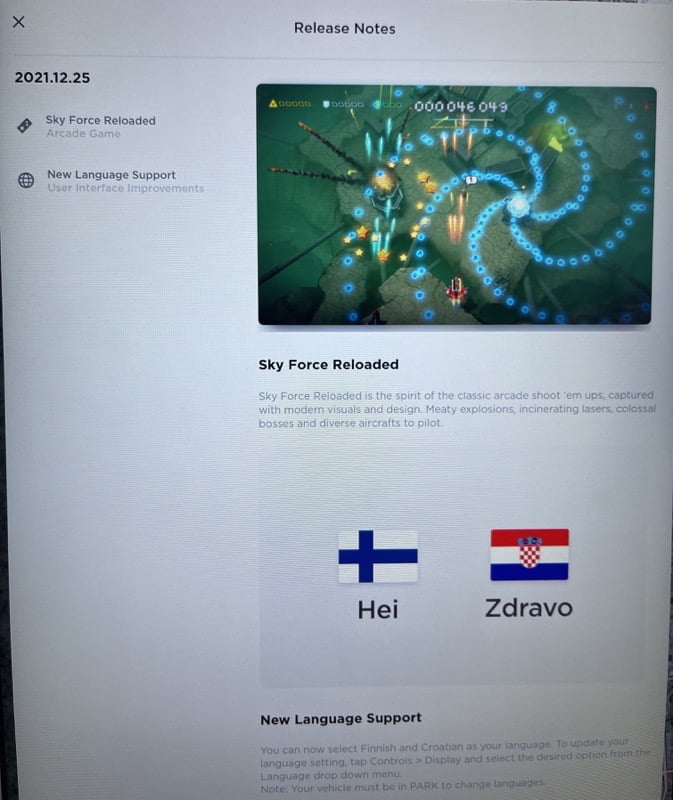 Also new is support for Finnish and Croatian, by going to Controls > Display. Your Tesla needs to be in PARK to make the changes.

Starting at midnight PDT on Friday, Tesla is expected to release its Full Self-Driving V9 beta for beta testers, as previously announced by CEO Elon Musk.