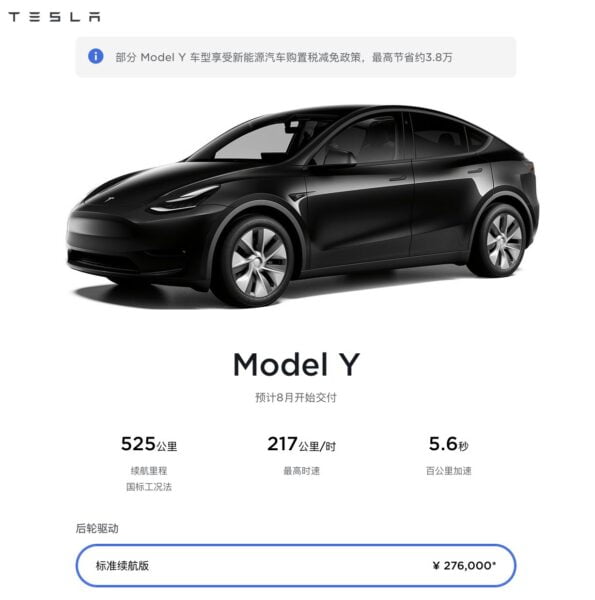 According to statements on Friday from the China Passenger Car Association (CPCA), Tesla’s June sales fell slightly in June compared to May, reports Reuters.

Tesla sold a total of 33,155 China-made vehicles in June, both exported and sold in China, while the company sold slightly more at 33,463 units in May. These were vehicles made at Tesla’s Gigafactory in Shanghai. There were 5,017 Model 3 units exported from China.

Despite the drop in overall sales, Tesla actually saw its sales in China improve last month, jumping from 21,936 the prior month to 28,138 units sold in June.

“China has the world-leading new-energy market and is the first market outside the U.S. that Tesla owns a locally produced product,” Tesla said in a statement to Bloomberg. The company will “continue its investment in China and carry on its corporate mission of accelerating the world’s transition to sustainable energy and helping to boost the realisation of a carbon-neutral target.”

While more expensive variants of the Model Y were not eligible for some subsidies, the Tesla Model Y SR will qualify for these subsidies, since they’re offered to any new energy vehicles under 300,000 yuan ($46,218 USD).

Tesla recently launched a standard-range (SR) Model Y in China this week, offering a price about 20 percent lower than the long-range (LR) variant.

Amidst rapidly growing competition in the electric vehicle (EV) world, and especially in China, some have called China-based companies NIO and Xpeng Tesla’s best rivals for global market share.

Tesla Model Y Deliveries for Europe to Start in September