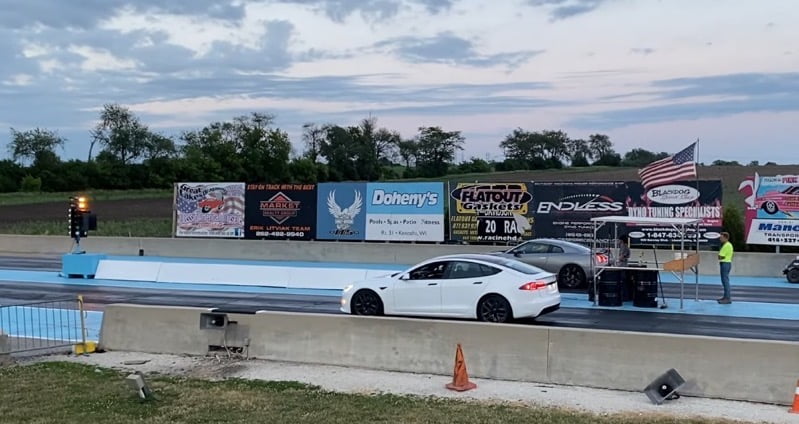 According to Thompson, prior to this run, he did a 9.3-second quarter mile at 151mph. He was told to “take it easy” after the run, due to the Model S Plaid not being fitted with a roll cage and possibly being kicked off the drag strip.

Roll cages are normally required for cars running 10.99 seconds or quicker or 135mph or faster, according to the National Hot Rod Association (NHRA).

Thus, after running his 9.3-second quarter-mile, Thompson says he “didn’t go [wide open throttle] after the 1/8” mark of the race versus the Nissan GTR, to prevent getting booted from the drag strip. Gotta love the Model S Plaid.