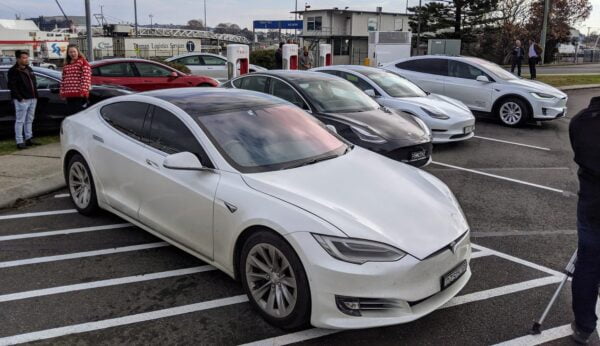 One of the biggest barriers to mainstream electric vehicle (EV) adoption remains the support for charging infrastructure, Tesla is rolling out its Superchargers all across the world.

Tesla has installed one of Australia’s first Tesla V3 Superchargers, located at the East Devonport ferry terminal in Tasmania, Australia, according to The Advocate (via Reddit).

The site includes three charging stalls, and according to one user on the thread, a full charge at the site will let EVs reach just about anywhere else in the state.

According to other users on the thread, Tesla has also had V3 Superchargers up in Geelong and Colac for a few days near Victoria, though the website map has reportedly not been updated yet as of Friday. In addition to the Tesla Supercharger, Tasmania also has 12 fast-chargers and over 23 other EV chargers.

Earlier this week, Tesla announced plans to spend over $1 billion per year on Australian minerals, with one official reporting that Tesla receives as much as three-quarters of its raw lithium from Australia and a third of the company’s nickel already.

Tesla also lobbied the Australian government to expand a semi-truck width requirement by a small amount, so that the Tesla Semi could someday be introduced to the country’s market.

Tesla has added a “camera preview” feature to the vehicle’s service menu, as spotted this week by @Stian Walgermo. The feature came as an update to Tesla’s software in version 2023.2.0.5, most of the new features of which were simply minor fixes. The feature shows a simple view from the camera, without having to use […]
Peter McGuthrie
1 hour ago

Recent weeks have brought on conversations about Tesla’s price cuts in markets around the world, and now the automaker is pushing a new message on its website for Model 3 leasing. Tesla’s Model 3 is now leasing at prices as low as $399 per month, according to a change on the automaker’s website yesterday, notes […]
Peter McGuthrie
3 hours ago