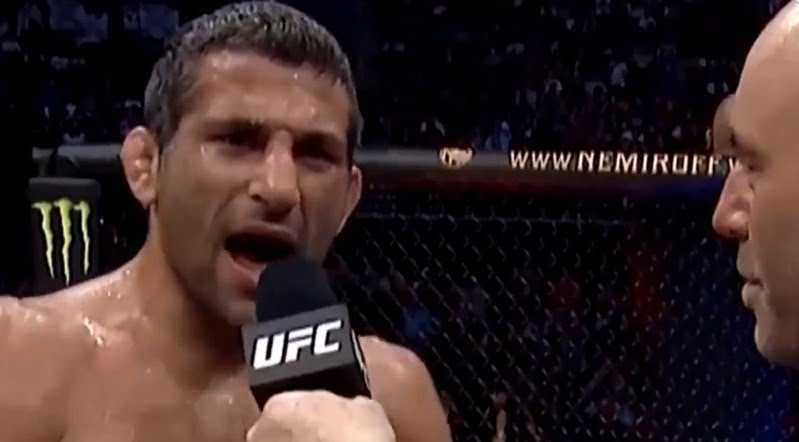 It appears Dariush has been waiting for his Tesla order since December but it hasn’t arrived yet. So what better way than to put pressure on the company than to call out Musk post-fight on live pay-per-view.

“And finally I want to call somebody out. Joe, I want to call out your buddy. Elon! Elon Musk! Where’s my wife’s car, bro? I’ve been waiting six months. I’m having a baby. I need a good car. I gotta protect my daughter. Let’s go Elon! Get me my car.”

After at the post-fight press conference, Dariush doubled down on his original call out of Musk, despite being informed the Tesla CEO had recently joined the board of Endeavor Group, the parent company of the UFC.

The UFC fight winner clarified his Tesla backstory further when asked by a reporter.

“December, I ordered my car. Bro, I ordered the safest car they told me. The best car for my pregnant wife and I’m still waiting. Elon, bro—what’s the deal man? You told me March. We’re coming up in June. I want my car. Come on bud. Big fan, but this is disrespect.”

Dariush has a 15-4-1 UFC record and extended his winning streak to seven fights in the lightweight division, by defeating former interim champion Ferguson at the Toyota Center in Houston, Texas.

Update May 16, 10:08am PDT: Elon Musk has responded to Dariush to say “coming soon. Sorry for the delay!”

Coming soon. Sorry for the delay!