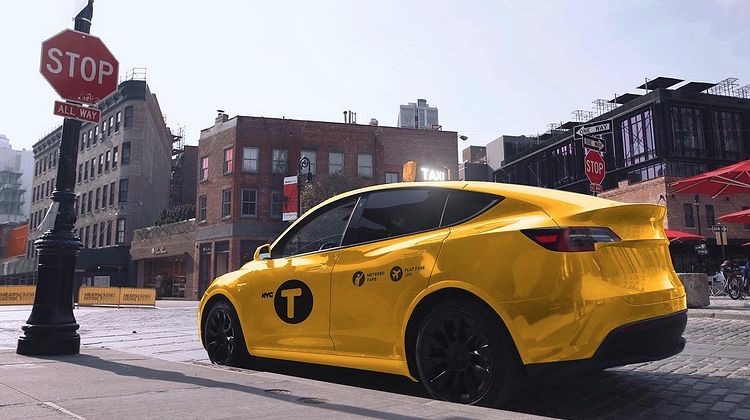 The NYC Taxi & Limousine Commission (TLC) pilot will allow for BEVs with lower than 4.4 second 0 to 60mph acceleration times, such as the Tesla Model Y AWD Performance (3.5 seconds).

Gravity says their Model Y fleet will have “22” interactive screens with a full suite of in-cabin media and applications, Wi-Fi, artificial intelligence which monitors and corrects driver behavior, and night vision enabled 360° surround view cameras all which integrate with Tesla’s advanced vehicle safety technology.” It’s unclear how the company will be integrating this with Tesla’s hardware and software.

“We’ve found a pragmatic approach to sustainable transportation that’s focused on health, safety, and the passenger experience. Gravity is proud to have spearheaded a business model that’s made for people and provides for the technology needs of the modern commuter and BEV owner.  NY Yellow Taxis are an opportunity to make significant innovations in BEV fleets and public charging infrastructure, all while creating fair and incentive compatible working conditions for drivers,” said Gravity CEO, Moshe Cohen, in a statement.

Gravity said on Instagram it worked “closely” with Tesla and the TLC to “amend the rules to include the 5-star safety rated Model Y in the approved NYC yellow taxi list.”

The company’s Tesla Model Y Yellow Taxi fleet will debut in the Spring of 2021, adding the change “moves one of the most important fleets in world away from fossil fuels and into a cleaner future.”